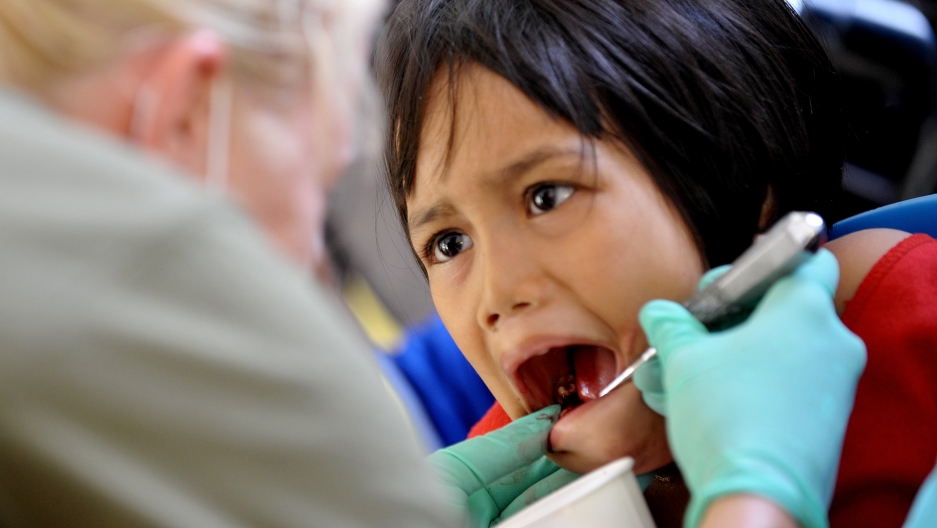 A new study is linking dental fillings with behavior changes in children.

Researchers, using data from the previous study The New England Children's Amalgam Trial, found that children with plastic fillings had slightly worse behavior problems than those without.

Children with these fillings were said to have higher rates of anxiety, depression and social stress.

"Some tooth-colored fillings known as composites were associated with worse social behavior in children age 11 to 16 at the end of the study," say study co-author Nancy Maserejian of the New England Research Institutes, reported WebMed.

"The composites that were associated with these problems include a chemical called bisGMA."

The chemical bisphenol A or BPA is used to create bisGMA, said WebMed.

According to CNN, BPA is an industrial chemical used in hard plastic products like cans and certain bottles since the 1960s

Many environmental groups have called for banning the chemical, which has been linked to brain and gland problems after a report in 2008.

The researchers of the current study pointed out that the levels of BPA in the children had not been measured.

"There is a strong suggestion that the associations may be causal, but we can't be certain," said Maserejian, according to HealthDay.

The study is published in Pediatrics.