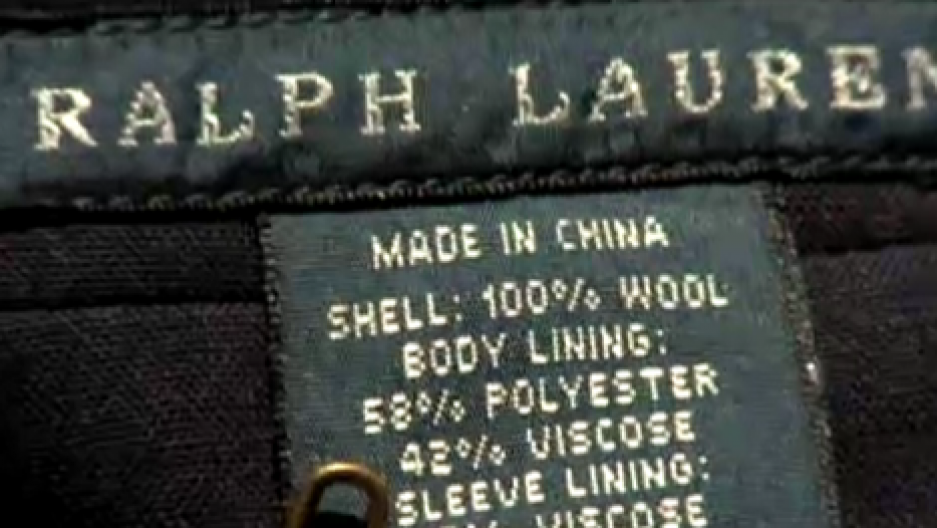 More from GlobalPost: Jason Kidd of the New York Knicks Charged with DUI

The news that the American team's Ralph Lauren-designed uniforms were actually produced in China raised a ruckus in America last week, with Senate Majority Leader Harry Reid lashing out at the US Olympic Committee and going so far as to suggest that the offending uniforms be burned, reported the Associated Press.

"The Olympics spirit is all about separating sports from politics, but these US politicians are going too far and trying to force a political tag onto the uniforms," said the article, which described the US position as "hypocritical," one that reveals a "parochial nationalistic attitude, a blasphemy on the Olympic spirit and a show of ignorance," according to Reuters.

The Associated Press added that the piece "snarkily suggested that all U.S. lawmakers should perhaps be banned from 'wearing anything or using any product' that was made abroad — a near-impossible restriction in today's globalized economy."

The Chinese commentators further stated that the "reason this issue has stirred people up is because the words 'made-in-China' touch upon the most sensitive topic of the U.S. election - 'outsourcing,'" reported Reuters.

The piece was referring to comments by figures like major US designer Nanette Lepore, who told ABC: "Why shouldn't we have pride not only in the American athletes, but in the American manufacturers and laborers who are the backbone of our country? Why? What's wrong? Why was that not a consideration?"

The US Olympic Committee refused to take action on the uniform issue.