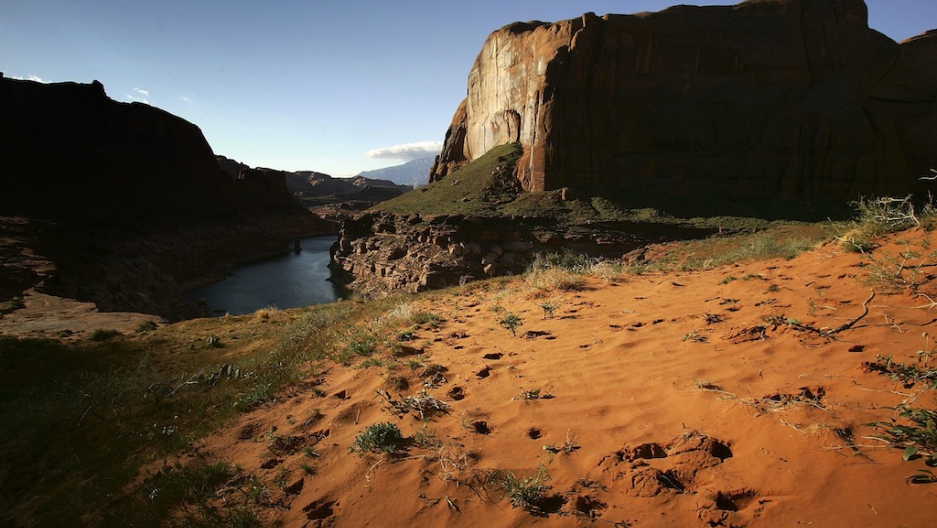 Page, Arizona, on March 27, 2012, where William Martin LaFever was trying to reach during his hike in the Utah desert.
Credit: David McNew
Share

William Martin LaFever, 28, was rescued after taking a hike in the Utah desert and getting lost for three weeks.

A helicopter flying over the Escalante River gorge spotted LaFever, who had lost 50 pounds while in the desert on his way from Boulder, Utah to Page, Arizona, according to CNN. The autistic man had been eating frogs and roots in an attempt to stay alive.

"We came around the corner and we were pretty amazed to see him alive and sitting up," Shane Oldfield, a Utah Highway Patrol helicopter pilot assisting the Garfield County Sheriff's Office, told CNN.

LaFever walked 40 of the 90 miles that it would have taken him to reach Page, all the while staying along the river, reported the Los Angeles Times.

"They say that those who are autistic are drawn to water," sheriff's spokeswoman Becki Bronson told the Los Angeles Times. "He stayed with a water source, that was key. A person can go three weeks without food but only a few days without water. He stayed cool in the river, and he hydrated himself."

According to the Associated Press, LaFever's father, John, said his son made one crucial mistake when setting out on his journey: leaving without food or equipment, which was apparently stolen before his trip began.

"He didn't realize how arduous his journey would be," LaFever's father told the AP. "We didn't know what he was heading into, either. Thank God he's alive."