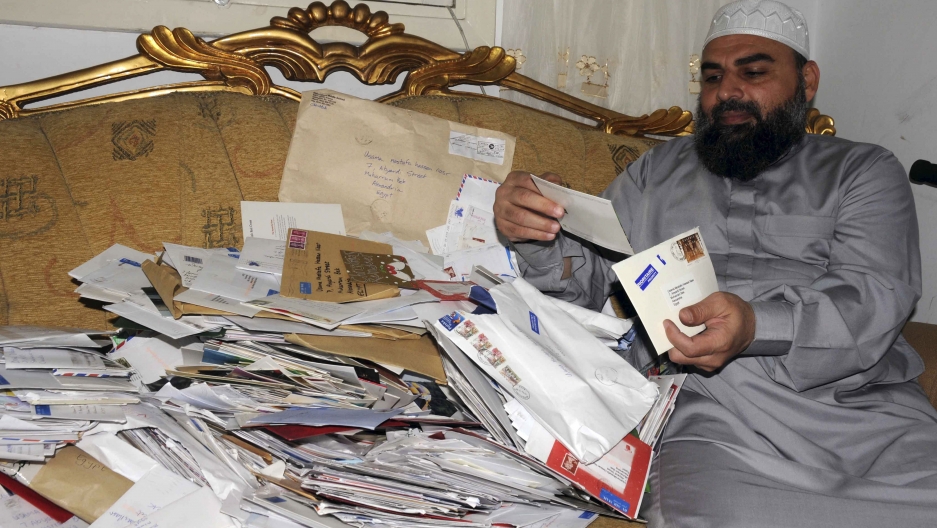 Egyptian cleric Hassan Mustafa Osama Nasr, also known as Abu Omar, shows letters of well wishes from his supporters in Alexandria, Egypt, May 13, 2008. Omar says he was kidnapped in Italy. (Photo by Reuters.)

In 2003, Sabrina De Sousa was working as an undercover CIA operative in Milan when an Egyptian terrorist suspect, Muslim cleric Abu Omar, was abducted and flown to Egypt, where he says he was tortured and interrogated.

In 2009, several Americans, including De Sousa, were indicted in Italy and found guilty in absentia for kidnapping. While the others were granted diplomatic immunity, De Sousa wasn't and she was sentenced to five years in prison.

DeSousa sued the State Department, trying to force them to grant her diplomatic status, and therefore diplomatic immunity, but that part of the lawsuit was thrown out by a federal judge. DeSousa's avoided arrests, but only by staying in the United States.

She has also insisted she had nothing to do with the kidnapping. Italy's Supreme Court of Cassation in Rome is in the midst of a two-day hearing to decide whether to uphold or overturn her conviction.

DeSousa said her connection to this case is built on tenuous, circumstantial records, like a phone call to a colleague in Rome and an email written over two years after the kidnapping and merely containing the name Sabrina, as well as the testimony of an Italian official who'd heard from someone else that the rendition was "close to" De Sousa's heart.

"Italian law permits newspaper articles, hearsay, circumstantial evidence. All that is admissible in Italian courts," she said. "According to the prosecutor, the Italian legal system does not need a smoking gun to sentence anyone."

De Sousa also said she wasn't able to leave the United States at the time, in order to face the charges in Italian court. She wasn't, she said, allowed to speak to her court-appointed attorney or hire her own attorney, until after she sued the U.S. government. She now has an Italian attorney representing her in her appeals, and she's been able to work with him to argue she was nowhere near Milan when the kidnapping took place.

De Sousa said this scandal has changed her life in every way possible.

"I was forced to resign, and when I say forced to resign, literally there were steps put in place forcing me out," she said. "I'm a naturalized citizen. My family lives overseas...To me, what was scariest when this whole investigation came up was, how am I not going to see my family again."

No one thought about the consequences or legal aspects of extraordinary rendition when it was being implemented, De Sousa said, and now she's suffering the consequences.

"I think the chickens have come home to roost for this program, and the Abu Omar program is really the perfect case to examine the efficacy of the rendition program, writ large," De Sousa said.