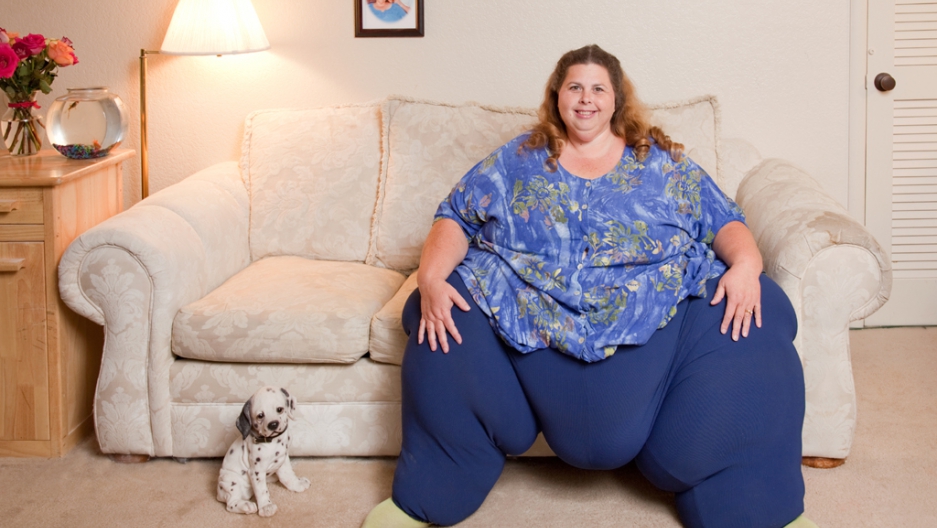 The Sacramento, Calif., resident told the UK's Closer magazine she and her ex-husband, Alex, have rekindled their relationship and have sex up to seven times a day, dropping her down to 545 pounds in seven months.

More from GlobalPost: German satire magazine suggests Pope has his own 'Vatileak'

Potter, who had been consuming 10,000 calories a day, told the magazine she hopes to reach her goal weight of 532 pounds with the help of her ex.

Although she can't move around much in bed, Potter said it's great exercise "just jiggling around." And though sexy lingerie is out of the question, she does "drape a nice sheet over me."

“Within the first day of being back together we had sex six times in 24 hours," Alex, who weighs 140 pounds, told the Sun last November. “Even though one of Pauline’s legs weighs more than I do, we’re able to position her body to make sex enjoyable for both of us."

The couple met online in 2002 and married three years later. Potter's weight began spiraling out of control after they split in 2008, The Huffington Post reported.

Alex visited Potter after catching wind of her world record. They had sex two months later, and have been engaging in "sexercise" ever since, according to Closer.