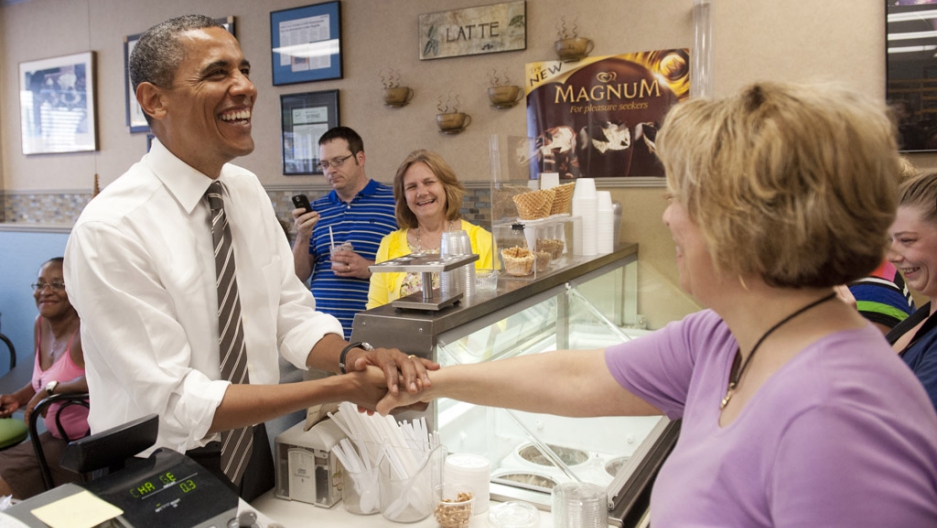 “The president’s announcement today has a simple goal: help small businesses by helping the community banks whose business it is to serve them,” Treasury Secretary Tim Geithner said in a release.

Also, among the initiatives, small-business owners would be able to write off $250,000 in expenses, The Associated Press reported.

More from GlobalPost: Obama calls for extension of Bush-era tax cuts for middle-class

Opponents accused the White House of “recycling” its modest efforts.

“The White House has so little to offer small businesses they’ve resorted to recycling, reusing and repackaging,” a spokesman for Republican House leader John Boehner said, according to Reuters. “This is no solace for small businesses facing a huge tax increase next year under the president’s plan.”

The GOP emphasized Obama is trying to tax those who earn more than $250,000.

On Monday, the president asked Congress to extend – for one year – tax cuts for families that earn less than $250,000, but end cuts for those above that mark.

“We know what those who are opposed to letting the high-end tax cuts expire will say,” Obama said, according to the WSJ. “They’ll say that we can’t tax ‘job creators.’ And they’ll try to explain how this would be bad for small businesses.”