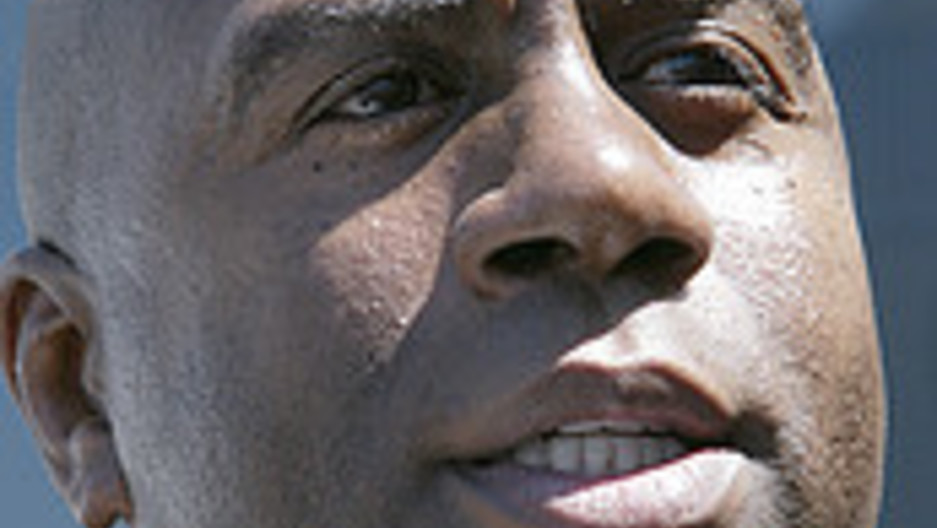 NBA Hall of Famer, Earvin "Magic" Johnson, brought public attention to the issue of HIV and AIDS in the African-American community when he was diagnosed in 1991. (Photo by Rafael Amado Deras via Flickr.)

A travel ban that had restricted people infected with HIV from entering the U.S. was lifted by President Barack Obama in 2010.

The global conference will be held in the American city worst affected by the pandemic: the nation’s capital, Washington, D.C. The city is predominantly black, and the black community is the racial group at the center of the country's epidemic. According to the Centers for Disease Control and Prevention, black Americans represent approximately 14 percent of the U.S. population, but accounted for 44 percent of all new HIV cases in 2009.

Last year, HIV was more prevalent in Washington, D.C., than in many African countries, including Rwanda, Ethiopia and the Congo.

In “Endgame: AIDS in Black America,” which premiered on Tuesday on PBS stations nationally, Frontline looks at the epidemic.

Phill Wilson, president and CEO of the Black AIDS Institute, said the good news is people are finally starting to talk about and mobilize around the issue of the HIV/AIDS epidemic in the black community.

“Over the last few years, we now really are seeing a significant mobilization around HIV and AIDS. The bad news of the tragedy is it was late in coming. Unfortunately, before the black community began to get really energized, the virus had already taken hold in our community,” Wilson said.

Wilson has lived with HIV since the 1980s, and is featured in the Frontline documentary, along with a 64-year-old woman named Nel. She was infected with HIV nine years ago when she married a deacon in her church who had the virus but didn’t tell her.

Although his actions were illegal, Nel didn’t report him to the police.

“Fortunately, we are at a deciding moment in the trajectory of the epidemic, and I think that this film highlights that. It not only charts where we were, it also charts how far we’ve come, and it lays out what we need to do and what can we do to eliminate this epidemic in our community,” Wilson said.

HIV was largely associated with the gay community, until recently. Homophobia in the black community has made it difficult to talk about the disease, but Wilson said it's not just the homophobia, but also the way homophobia is experienced in the community.

“I would say that there still remains a tremendous amount of homophobia throughout America. I don’t believe that it’s any more or less in black communities than it is in any other communities. But what I do believe is that the stakes can be higher,” Wilson said. “I also think that the way that black men experience homophobia in our own communities can be much more devastating that it can be among white, gay men.”

Wilson said the stigma associated with HIV can be a large barrier to disclosure, to getting tested and to getting treated, a stigma that he believes Nel’s ex-husband likely experienced.

The statistics are daunting, but, according to Wilson, the most effective tool to get people tested and get the word out is the message in the film: that people actually can end the AIDS epidemic in their communities.

“We have the tools to do that. The question now is will we? Will we use those tools effectively, efficiently, compassionately, expeditiously? But, at the end of the day, if we’re going to end the AIDS epidemic in black communities, black communities have to make a commitment to doing that work," Wilson said.

The documentary encourages people to get informed, get tested and, if they're HIV-positive, get treatment.

"Knowledge is a powerful tool in the war against HIV. Get tested. Knowing your HIV status is a right and a responsibility. Knowing your partner’s HIV status can save your life. If positive, get treatment. AIDS is not an automatic death sentence anymore," Wilson said.

Most importantly, Wilson said, get involved.

"The life you save may be your own. We do have the capacity to fight this epidemic," he said. "Black people are a resilient people. We have been greater than all of the challenges we’ve faced in the past, and together, we’re greater than AIDS."