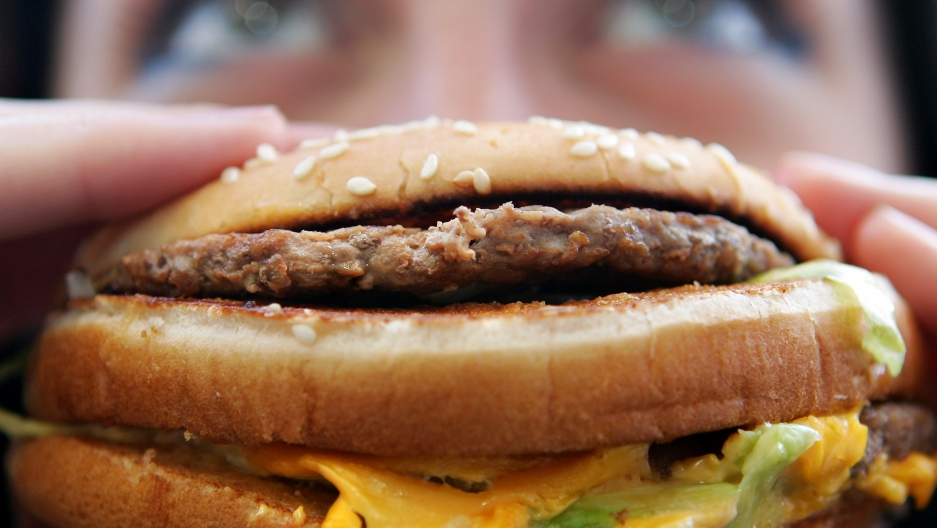 McDonald's Canada is showing you how to make a Big Mac at home.
Credit: AFP/Getty
Share

But what do you do if there is no McDonald's in sight? Simply make yourself a double Big Mac at home.

McDonald's Canada Executive Chef Dan Coudreaut takes viewers through the journey of making a Big Mac at home via a new PR campaign to make the company seem more in touch with its fans.

In the video Coudreaut says that every ingredient used to make both the Big Mac and the special sauce can be found in any local grocery store.

While most of the video seems pretty mundane, Coudreaut does drop one big whopper (pun intended) of a bomb shell: the special secret sauce isn't a secret.

To make the special sauce, start with mayonnaise and a little bit of mustard mixed with sweet pickle relish and white wine vinaigrette. Next, add garlic powder, onion powder and paprika for color and flavor.

See Coudreaut whip up the burger in his own kitchen:

Coudreaut's video is just another part of McDonald's Canada's bizarre new PR push to show people the behind the scenes magic of the fast-food chain. It's YouTube channel is even soliciting user questions to answer in upcoming videos.

The LA Times noted last month that the company let consumers see how it prepares its food for the camera, filming the process used to turn an average store-bought burger into the delicious looking sandwich seen in ads.

Does it make you want to take a trip to the drive-thru?

More from GlobalPost: McDonald's gets 'Mad Men' treatment in UK