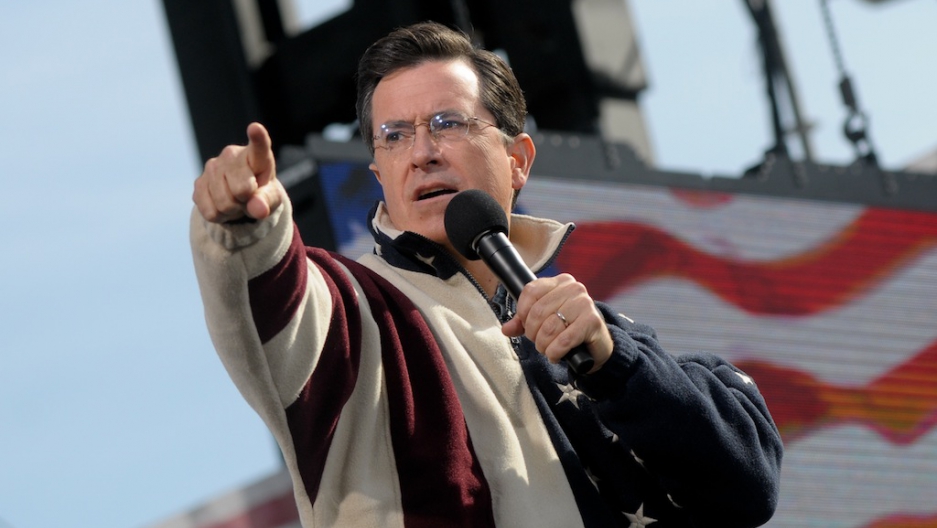 Stephen Colbert speaks during the 'Rally to Restore Sanity and/or Fear' on the National Mall on October 30, 2010 in Washington, DC.
Credit: Kris Connor
Share

"We had to invent a new language to do our research, and no one invents words as readily as Stephen Colbert. Naming our new language after Colbert was a no-brainer," one professor explained to Newser. Colbert also happens to be an alumni of Northwestern University.

Colbert is also well known for inventing words all his own including truthiness and Lincolnish. Truthiness was even named Word of The Year in 2005.

NBC noted that this isn't the first thing to be named after the comedian. Other things bearing the Colbert moniker include a bridge in Hungary, the hockey mascot Steagle Colbeagle the Eagle, a real falcon, a seal and a treadmill on the International Space Station named “Combined Operational Load-Bearing External Resistance Treadmill,” or COLBERT.

The group was looking to study whether or not knowing multiple languages helped you learn a completely unrelated one.

To conduct their research, the group tested 24 participants on 24 words from their made-up language including Colbert coined terms and other made up words. Half the participants were bilingual in Spanish and English, the Chicago Sun-Times reported.

The participants learned to recognize Colbertian words like “shundoe” for acorn and “glolay” for apple. After they reached a base level of proficiency, participants were asked to match the new words to images of what they represented, NBC reported. Those who were bilingual proved to be more adept at learning the new language.