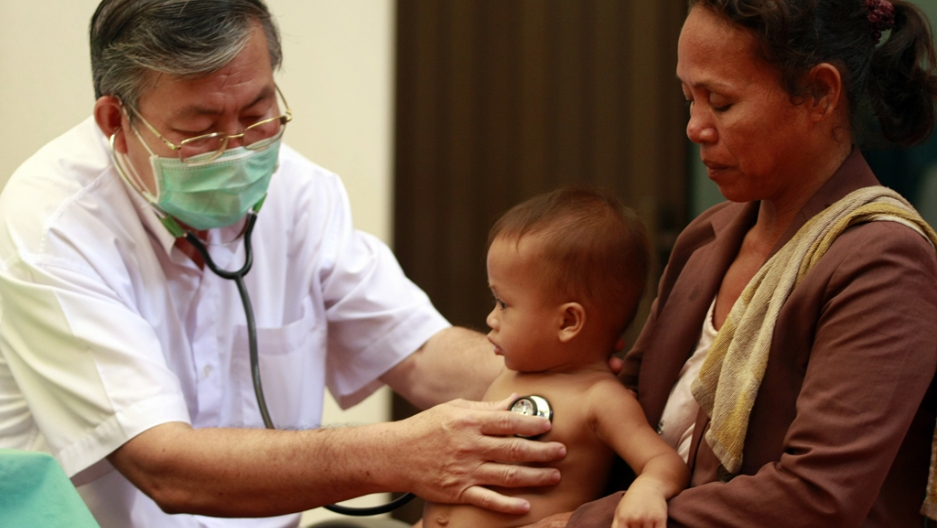 The cause of Cambodia's deadly "mystery" disease has been found by health experts, CNN reported today.

The World Health Organization (WHO) and the Cambodian Ministry of Health allegedly have determined that the culprit is a combination of pathogens: enterovirus 71, streptococcus suis and dengue fever.

Previous reports indicated that enterovirus 71, a variation of hand, foot and mouth disease that cause neurological problems in children, was the sole likely culprit.

Another factor appears to be the improper use of steroids in treatment, health experts told CNN. Steroids can depress the immune system and slow recovery.

Dr Beat Richner of the Kantha Bopha hospital group in Cambodia, which has treated the vast majority of the cases, told CNN that no new cases of the illness have been confirmed since last Saturday.

Cambodia's children are still threatened by a continuing outbreak of mosquito-spread dengue fever, which is precipitated by heavy rains. According to the Phnom Penh Post, public facilities have reported 11,666 cases of the tropical fever in the first 26 weeks of this year, and 48 deaths.

Dengue fever is particularly rough on children, who find the flu-like illness difficult to fight off. The Kantha Bopha children's hospitals have reported 5,534 cases this year alone, the Post reports.

Streptococcus suis, one of the likely pathogens, is primarily spread by pigs and pork products, and can cause systemic infections including meningitis and sepsis, according to the European Center for Disease Prevention and Control. Many Cambodian families raise pigs and eat pork products, and streptococcus suis is known to cause acute bacterial meningitis in Thai adults, according to the ECDC.

The Post also reported that China has pledged officials to assist with Cambodia's efforts to stop the "mystery disease" epidemic. Chinese health experts are already familiar with enterovirus 71, which killed hundreds of people in China in 2008 and 2009. The majority of the Chinese victims were also children.