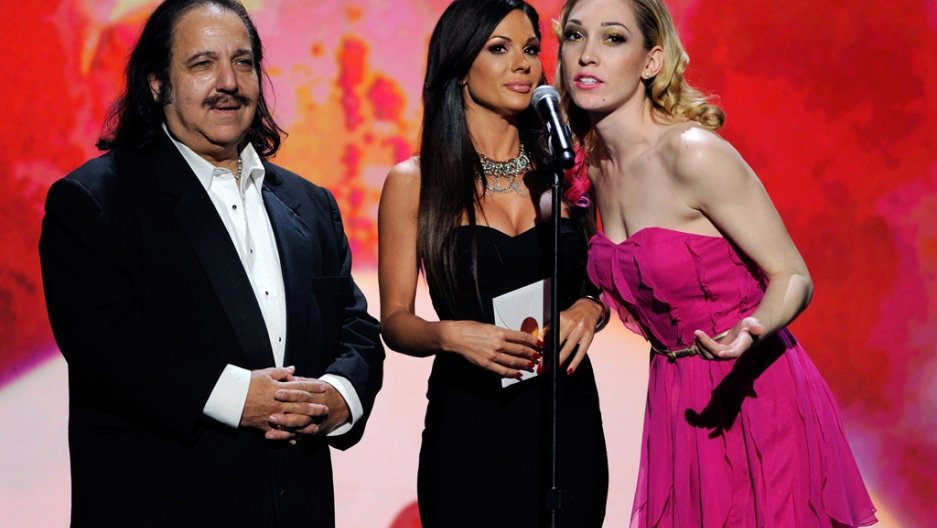 In an interview with the 59-year-old adult film veteran, Jeremy told CP that Playboy models Sia and Shane Barbi wanted to orchestrate a sting operation.

This was when Magnotta was connected to online videos showing a man killing kittens – by suffocating them and feeding them to a snake.

It had animal-rights activists frothing, including the Barbi Twins and the stars of the reality TV series Rescue Ink.

Once there, the activists would confront Magnotta and turn him over to police.

“It’s like an episode from some TV show,” Jeremy told the news service. “The (guy) comes to the set with lube in one hand and his schmeckle in the other thinking he has a job, and the cops tackle him to the ground.

“That’s good for the movies," said Jeremy, who has appeared in PETA campaigns. "That doesn’t work in real life.”

Jeremy pulled out at the last second, saying he didn’t want to leave himself hanging.

He’s the only suspect in the murder of Jun Lin, a 33-year-old Chinese exchange student studying in Montreal; police suspect they were lovers.

He allegedly fled to Paris from Montreal before German police arrested him in Berlin.

His head was found in a Montreal park just recently, The Associated Press said.

“It had been there for quite some time, but we won’t go into details, partly out of respect for the family and friends of the victim,” Montreal police spokeswoman Anie Lemieux told the AP. “What is important is what we were looking for has been found and the rest of the investigation can continue.”