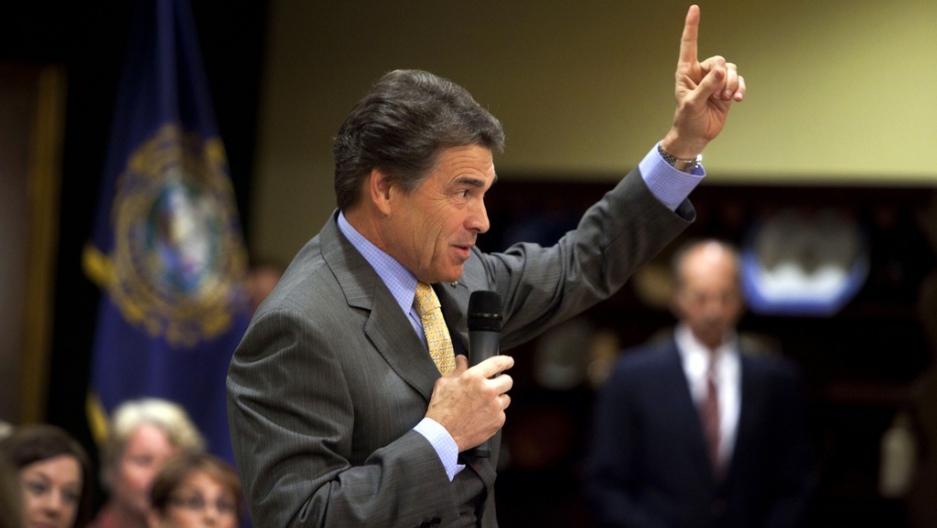 AUSTIN, Texas - Governor Rick Perry said on Monday Texas will not implement an expansion of the Medicaid program or create a health insurance exchange, placing the state with the highest percentage of people without insurance outside key parts of President Barack Obama's signature law.

The announcement makes Texas the most populous state that has rejected the provisions. Some 6.2 million people are without health insurance in Texas, or 24.6 percent of the state population, the highest percentage in the nation. California has more people without insurance but a lower percentage.

Perry joined fellow Republican governors of Florida, South Carolina, Wisconsin, Mississippi and Louisiana in rejecting the two provisions of the law, according to americanhealthline.com. They hope that November elections will result in Republicans winning the White House and enough seats in Congress to repeal the law.

"I will not be party to socializing healthcare and bankrupting my state in direct contradiction to our Constitution and our founding principles of limited government," Perry said in a statement.

He sent a letter on Monday to U.S. Health and Human Services Secretary Kathleen Sebelius asking her to relay the message to Obama that Perry opposes the provisions "because both represent brazen intrusions into the sovereignty of our state."

"I stand proudly with the growing chorus of governors who reject the Obamacare power grab. Neither a 'state' exchange nor the expansion of Medicaid under this program would result in better 'patient protection' or in more 'affordable care,'" said Perry, who dropped out of the Republican presidential race in January. "They would only make Texas a mere appendage of the federal government when it comes to health care."

Sebelius spokesman Keith Maley said the department "will continue to work with states to ensure they have the flexibility and resources they need to implement" the law known formally as the Patient Protection and Affordable Care Act.

Perry, the longest-serving governor in Texas history, is a frequent critic of the Obama administration and the author of a book on states' rights called "Fed Up! Our Fight to Save America From Washington." Perry in 2009 rejected federal funding for unemployment benefits because accepting it would have required Texas to expand the number of people entitled to draw the benefits.

Texas was one of 26 states that challenged in court the 2010 health law.

If any states resisting the healthcare plan do not create insurance exchanges, the federal government plans to set them up. The exchanges are intended to extend health coverage to an additional 16 million people, while the Medicaid expansion would broaden eligibility requirements to cover another 16 million people.

The U.S. Supreme Court last month upheld the law's individual mandate, which demands everyone who can afford to buy health insurance does so or face a fine, as constitutional.

But the court said Congress went too far in the part of the law that requires states to expand Medicaid, the federal-state health insurance program for low-income people. The court said the federal government may not take away Medicaid dollars from states that do not comply with the expansion.

On Fox News on Monday, Perry said Medicaid is a failure.

"To expand this program is like adding a thousand people to the Titanic," Perry said. "You don't expand a program that is not working already. If the federal government were serious about finding solutions, what they would do is block-grant those dollars back to the states, so states could find more efficient ways to deliver healthcare."

Anne Dunkelberg, associate director of the Center for Public Policy Priorities, an Austin group that advocates for low- and middle-income Texans, said the Medicaid expansion would extend health coverage to as many as 2 million uninsured Texans.

"Failing to expand Medicaid would squander the opportunity to pump tens of billions of dollars into our state economy and leave as many as 1.5 to 2 million of struggling Texans out in the cold without insurance coverage," she said in a statement.