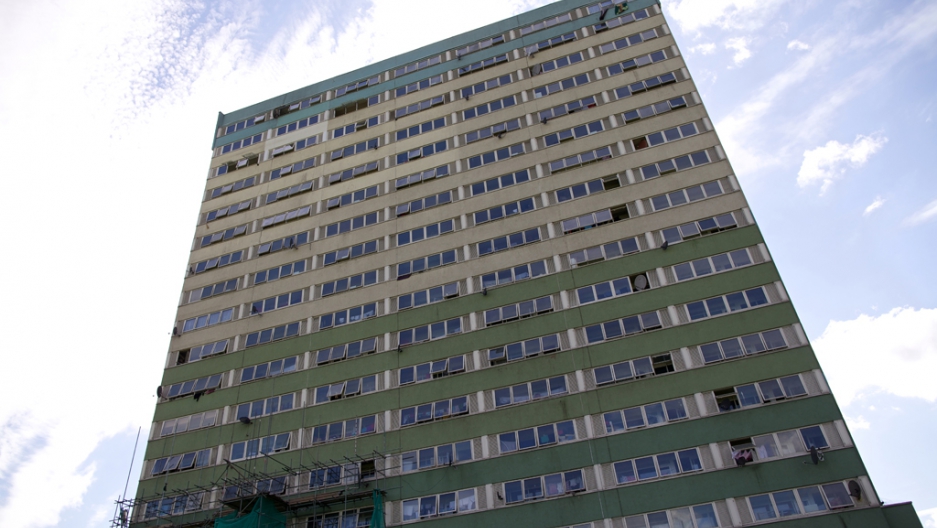 The Fred Wigg Tower, a proposed site for the stationing of surface-to-air missiles during the London 2012 Olympic Games, is pictured in east London, on June 30, 2012. British residents living near London's Olympic Park launched legal action over government plans to station surface-to-air missiles on the roof of their rented flats. A High Court judge rejected the residents' arguments on July 10, 2012.
Credit: AFP
Share

The residents of the 17-story Fred Wigg Tower in east London lost their court battle on Tuesday, when a judge ruled to allow surface-to-air missiles on their roof during the Olympics.

The BBC reported that the residents feared that the missiles stationed on the roof of their tower block would make them a terrorist target.

The Ministry of Defense (MoD) argued that the missile positioning was "legitimate and proportionate," according to the BBC.

The block is one of six sites which will host missiles, including rapier and high-velocity systems, to protect the Olympic games venues, Reuters reported.

Marc Willers, who represented the residents, said in court, "It is the unprecedented siting of a military base or missile site in peace time on English soil that brings us to this court," according to Reuters.

He said, "They have a fully justified fear that installation or deployment of the missile system on the roof of the ... tower gives rise to the additional risk that the tower itself may become the focus of a terrorist attack."

More on GlobalPost: London Olympics to be the most over-budget since 1996

Willers accused the Defense Secretary of breaching Article 8 and Article 1 of Protocol 1 of the European Convention on Human rights, reported The Daily Telegraph.

David Forsdick, representing the MoD, said the positioning of the missiles was decided at the "highest levels after rigorous scrutiny" and signed off by the prime minister, deputy prime minister, home secretary and defense secretary, according to the BBC.

The judge's ruling said the residents had no right to challenge the unprecedented decision, according to the Guardian. Justice Haddon-Cave said, "In my judgment, the MoD's voluntary engagement with the community and residents in this matter were immaculate."

The judge added that the MoD had no duty to consult and found that there was no "conspicuous unfairness" caused by not consulting with the residents.