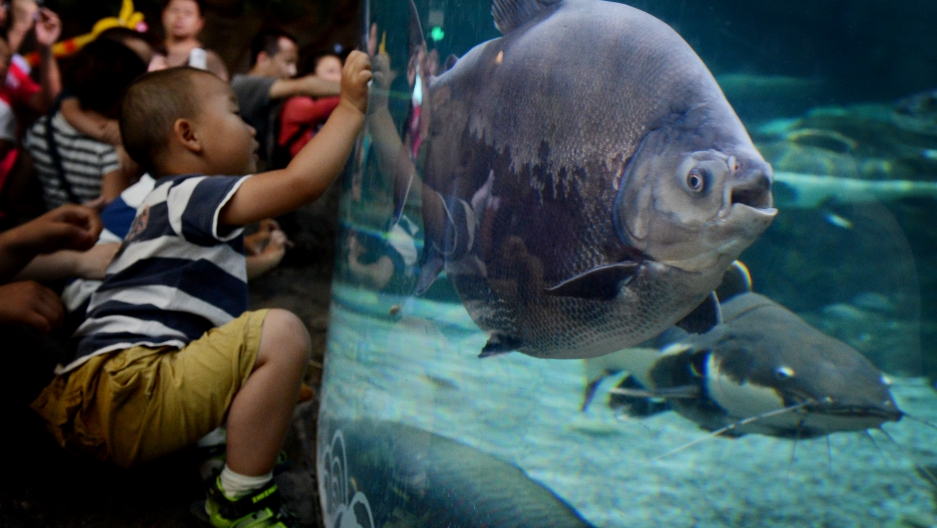 A pacu fish was found in an Illinois lake. The fish, native to the Amazon, has been attributed to the death of two men in Papua New Guinea after biting off their testicles.
Credit: AFP/Getty
Share

The pacu fish might not be as large as jaws, but for men it can be just as frightening.

The pacu is lovingly referred to as the "ball cutter" after killing two men in Papua New Guinea by biting off the testicles of at least two local men.

The fish that sports human-like teeth and can weigh up to 55 pounds, has been spotted in Lake Lou Yaeger in Illinois, KSDK reported.

The lake's superintendent Jim Caldwell brought the fish to the Illinois Department of Natural Resources after initially responding to a report that a piranha had been caught. The lab quickly identified it as a pacu, according to the Huffington Post. There are conflicting reports that a second pacu fish had been spotted shortly after.

How did a fish native to the Amazon basin end up in a small lake in the middle of Illinois? Caldwell believes they were dumped there and were most likely someone's aquarium pet.

Caldwell told KSDK that he isn't worried about the fish and continues to swim in the lake everyday. He is however concerned about the pacu's impact on other marine life, as when they are hungry they will hunt and eat other fish.

KSDK shared more of the story in this video: