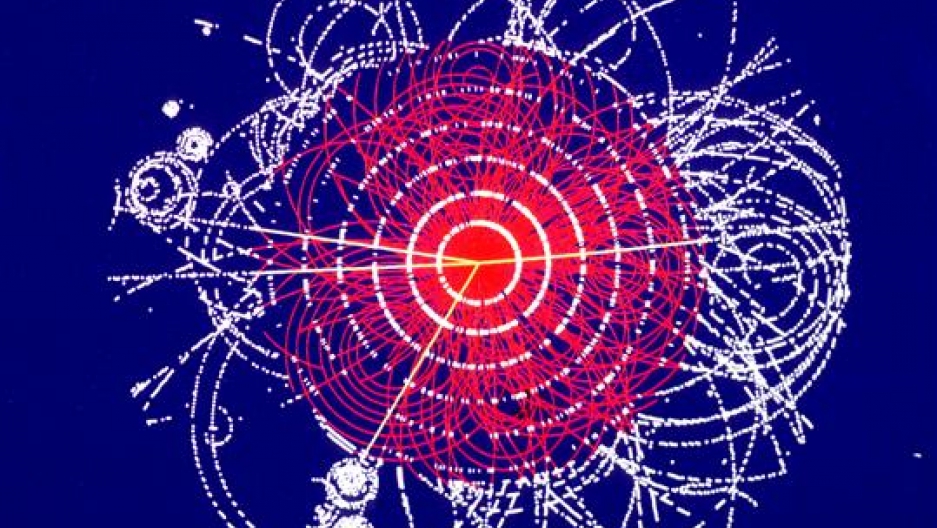 Simulation by the LHC's Atlas experiment of the decay of a Higgs boson into 4 muons (yellow tracks), a type of heavy electron.
Credit: CERN
Share

More and more history books in Pakistan are missing the name of one of their most esteemed physicists, a scientific genius whose work was critical to last week's Higgs boson scientific breakthrough, reported The Associated Press.

The legacy of Adbus Salam, Pakistan's lone Nobel laureate, is being erased in his homeland due to the scientist's Ahmadi faith.

Many Muslims consider the early 20th-century Islamic sect heretical, leading Pakistan to amend the constitution such that Ahmadis would not be considered legally Muslim and their passports would state their religious leader is an "imposter," said AP.

The 1974 amendment prompted Salam to leave Pakistan in protest, according to The Guardian.

Last week's Higgs boson development, which provided further evidence for the existence of a subatomic, or "God particle" as earlier theorized by Salam, is a "great vindication of Salam’s work," physicist Khurshid Hasanain of Pakistan's Quaid-i-Azam University told The Guardian.

More from GlobalPost: Higgs boson: What is it?

Salam, who died in 1996, was the top scientific adviser to the Pakistani president during the 1960s and early 70s, according to AP, crediting him with building the foundation for the nation's nuclear science and technological advances, including the development of Pakistan's own nuclear bomb.

AP said Ahmadis number some three million in Pakistan, where they are routinely discriminated against and can even face the death sentence if caught worshipping in public.

Last year, the Taliban attacked an mosque filled with Ahmadis in Lahore, killing 80, said The Guardian.