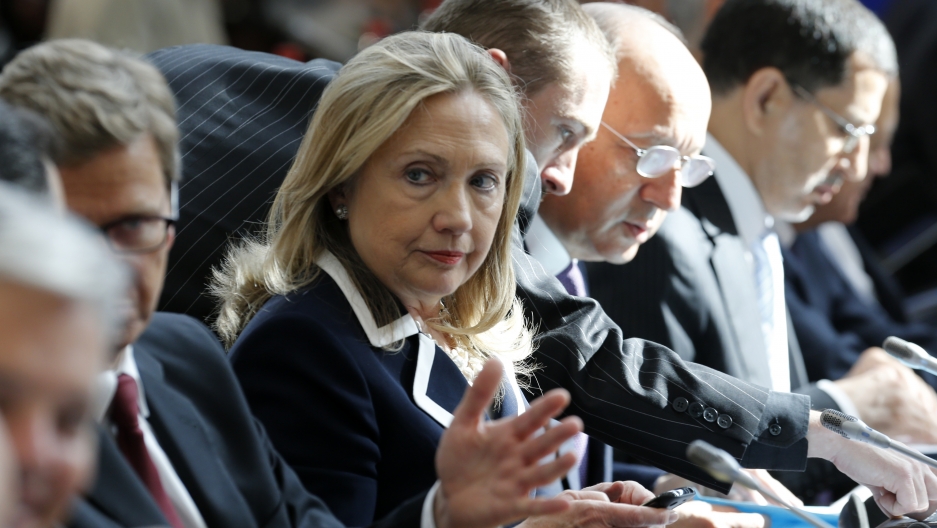 A conference between Syrian opposition leaders and their international partners in Paris got a surprise boost Friday when news broke that a member of President Bashar al-Assad's inner circle had defected.

News reports confirmed that Brig. Gen. Manaf Tiass was on his way to Paris after leaving Syria. Whether he'll join the so-called "Friends of Syria" conference remains unclear, according to the New York Times.

As one of Assad's closest advisors, Tiass was a commander in the elite Republican Guard and a member of the Damascus aristocracy. His father served as defense minister from the early 1970s until 2004.

Tiass' departure marks a significant blow to the Assad's regime, which has led a 15-month crackdown on dissent across the country. Experts say he's the highest-ranking military official to abandon the regime since the Syrian uprising began in March 2011.

Opposition leaders described Tiass' defection as a sign that Assad is losing his grip on power. U.S. Secretary of State Hillary Clinton said his departure could be a sign of what's to come.

"If people like him and like the generals and colonels and others who recently defected to Turkey are any indication, regime insiders and the military establishment are starting to vote with their feet," Clinton told reporters at the conference in Paris.

Tiass' defection could also point to a fracturing regime, says Joshua Landis, the director of the Center for Middle East Studies at the University of Oklahoma. As a senior Sunni military leader, Tiass helped connect Assad's Alawite-led regime with Syria's Sunni majority.

Landis said Tiass appeared willing to compromise with the Sunni-led opposition in the early stages of the uprising. But Tiass' fellow military leaders rejected his proposal in favor of much harsher tactics.

"They came down with a ton of force and decided they had to crush the opposition," Landis said. "That of course led to this escalating military fiasco."

That fiasco was the topic of discussion Friday at the conference in Paris. Representatives from more than 100 countries met there to decide how to put more pressure on Assad's regime.

The U.S. and its European partners threatened Syria with new sanctions. They also pledged to increase aid to Syrian rebels and provide them with communications equipment.

What role, if any, Tiass will take on as a defector remains uncertain. Landis said the opposition would have likely worked with him before the military crackdown, but that the ensuing violence has jaded its perception of anyone connected to Assad's regime.

"People are angry and they don't want anything to do with the old regime," Landis said. "Many of the opposition people are saying this guy is a complete criminal."