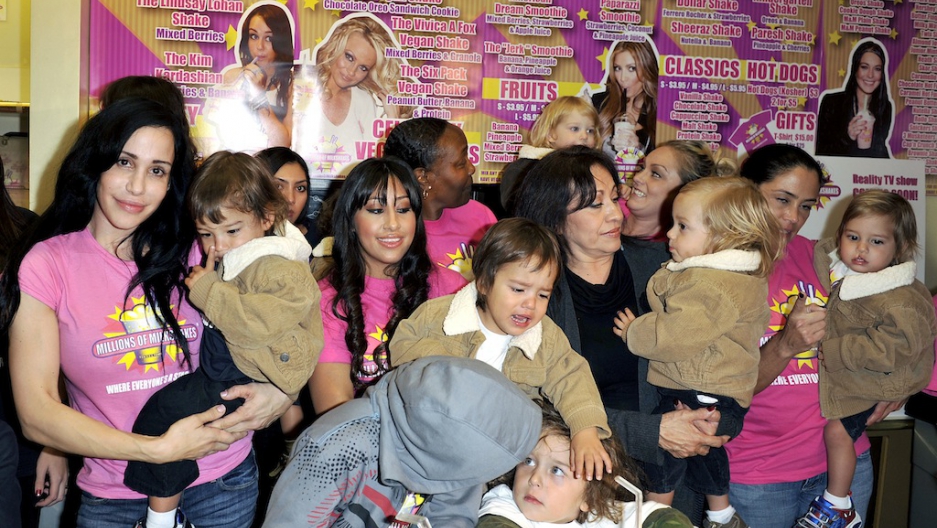 Is it good for kids to have mom hovering over them all the time? Probably not: a new study has found that mothers who follow "intensive parenting" techniques are more likely to be unhappy. And the baby may not benefit, either.

Intensive parenting consists of three main beliefs: that mothers play the most important role in raising kids, that good mothering centers around what the kid wants, and that child-rearing should be considered incredibly fulfilling and challenging, ZeeNews reported.

But a new study from the University of Mary Washington found that women who believe in intense mothering are more likely to have negative mental health, Science Daily reported.

The study used an online questionnaire to measure happiness among 181 mothers. It found that mothers who believe that women are the "essential parent" are more likely to be depressed. Women who believe that parenting should be extremely challenging and that parenting should be child-centered were also less satisfied with their lives, Live Science reported.

Intensive parents, or "helicopter" parents, have long been criticized for hovering too much over their children, although there is little long-term data about whether such parenting techniques are healthful, Live Science said. This study may explain why there have been so many mixed findings about whether being a parent makes people happy or not.  "Maybe it's not having a child versus not having a child," study researcher Miriam Liss told Live Science. "Maybe there are certain ways of parenting, like this intensive style of parenting, that is more negative for parents' mental health."

And the study noted that, since unhappy mothers probably aren't good for the child, that “intensive parenting may have the opposite effect on children from what parents intend."