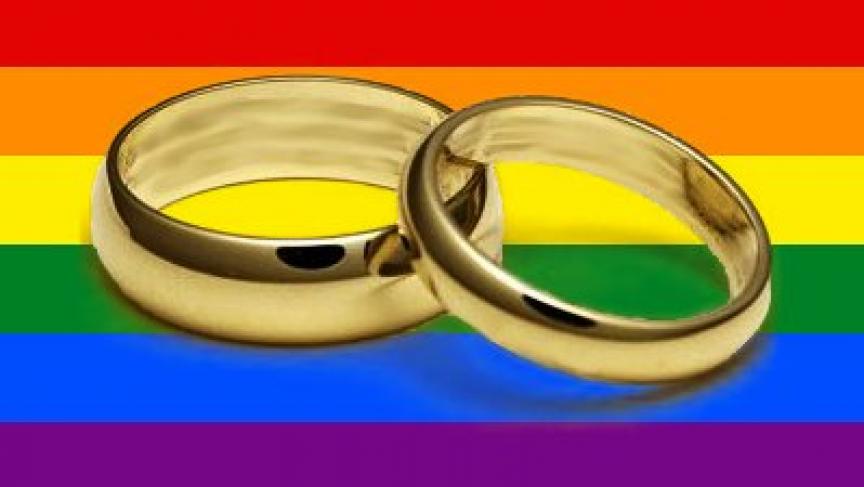 By next year, same-sex couples in France will be allowed to get married and adopt children. (Photo by Palosirkka via Wikimedia Commons.)

Gay couples in France will be allowed to get married and to adopt children by 2013, French Prime Minister Jean-Marc Ayrault announced in Parliament, Wednesday.

The new French President Francois Hollande made a promise during his campaign to legalize gay marriage.

Since 1999, couples in France have been allowed to enter into civil unions, whether straight or gay. But Wednesday, Hollande’s Prime Minister Jean-Marc Ayrault confirmed that the law will be changed by 2013 to allow gay couples to get married and adopt children.

BBC journalist David Chazan wasn’t surprised by the announcement.  He’s been covering the story in Paris and said it's been a long time coming for same-sex couples.

“It’s been expected and it was one of the planks of Francois Hollande’s presidential campaign,” Chazan said.

Many European nations already allow gay marriage and adoption. In France, civil unions are recognized by the state, but don't offer the same inheritance or parenting rights as marriage.

In his speech, Ayrault said the shift is really in response to changes in society, lifestyles and attitudes in France.

''Society is evolving, lifestyles and mentalities are changing,'' he said. ''The government will respond to that.''

A 2012 survey from the French Institute of Public Opinion showed 63 percent of French people are in favor of gay marriage while 56 percent support gay adoption.

“People wanted it. People expected it. There’s been hardly any reaction here at all, simply because people have been focusing on the other things that the prime minister had to say about the economy,” Chazan said.

Gay organizations in France are welcoming the government’s announcement. They told Chazan there were going to be queues of people lining up to get married as soon as the law changes.

“I think the reason for that is because a lot of people feel that bringing up children should be done by a man and a women, and there are fears, particularly in the case of male homosexual couples, that men are more likely to be sexual predators than women. So that’s why they’re a bit worried about the notion of two men bringing up children on their own," Chazan said.

Gay rights groups are responding to those claims by noting that there’s nothing to suggest that gay men are any more likely to be sexual predators than heterosexual men, Chazan said.