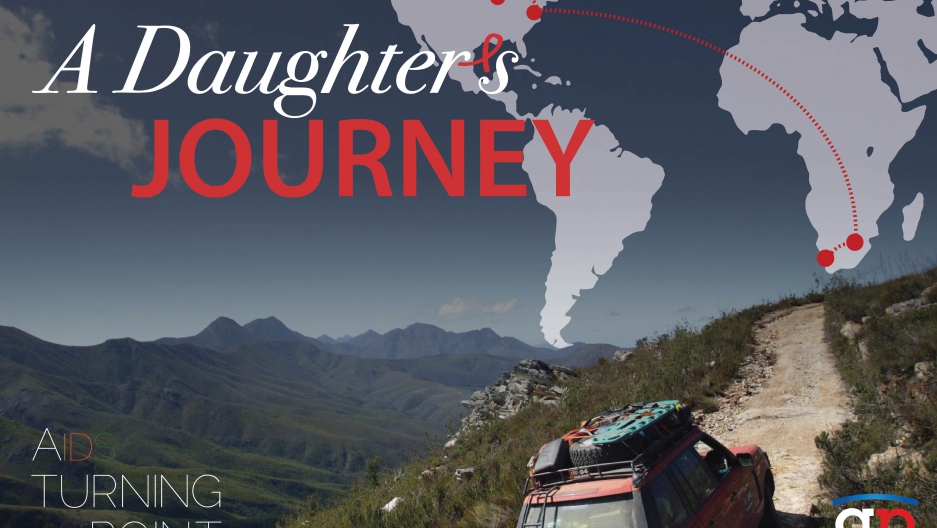 CAPE TOWN, South Africa — Maletsatsi Mbayi sat behind her desk taking notes in a log that tracks patient visits, pregnancy plans, and whether or not the patients who are expectant mothers are receiving treatment. She welcomed me with a warm smile. Her hair was braided and pinned up, her glasses slid partially down her nose, and her white uniform was perfectly ironed.

Right away, Mbayi began describing her duties as a mentor mother at the Mothers2Mothers room in the Mowbray Maternity Hospital, and rattling off facts and statistics about HIV with confidence and charisma.

“I want to hear about you,” I told her. “I want to know your story, and how you started working for Mothers2Mothers.”

Mbayi’s body language immediately changed. She leaned back in her chair and her face dropped as she looked at me and gave a nervous laugh. As she spoke she fidgeted with a piece of paper on her desk, crinkling it in her hands and sliding it between her fingers.

Mbayi used to go with friends to be tested every year and it was during one of these visits that she found out that she was both HIV positive and pregnant.

“I couldn’t even go out of this room,” she remembers thinking. “How am I going to say this to my friend?”

After mustering up the strength to leave the room, Mbayi went home and secluded herself. She stopped speaking to her friends and spent all of her time alone. “I was going to die,” was the only thought that ran through her head. She was angry with her boyfriend and couldn’t imagine breaking the news to her grandmother and siblings, whom she was taking care of. In her depression, Mbayi lost her baby. Already having decided to stop living her life and wait for death, Mbayi contemplated committing suicide.

“If I cut my life short there will be no pain or other stuff that will make other people wonder, ” she remembers thinking.

She would rather have taken her own life than have bedsores, lose weight, and suffer like others she’d seen with HIV. She turned her head away as she told me this. There was a quiver in her breath. During that time, Mbayi was keeping a diary and after looking through the pages in despair, she realized she could not end her own life.

“You are not that,” she told herself, reassuring herself that she was not weak enough to go through with suicide.

Instead she began to realize, “You are stronger than what you wish and you can do this.”

It was at that moment that Mbayi decided she could not live in secret anymore. She began getting treatment. To her surprise, when she told her friends that she was HIV positive, they were all supportive. It was through a support group at church that Mbayi was recruited to be a part of the Mothers2Mothers program as an example of someone who had the courage to speak out about her status.

Ten years ago, Dr. Mitch Besser started Mothers2Mothers while working with HIV patients in the western cape of South Africa. Dr. Besser noticed that a lack of education about HIV created stigma and meant that infected women would often suffer in silence rather than seek treatment. He also noticed that there were not enough healthcare workers to spend time mentoring HIV infected women.

To address these burdens, Dr. Besser began recruiting his patients to help mentor other mothers, and instead of treating them like volunteers, he gave them professional level work and paid them. The model worked so well that now, Mothers2Mothers recruits HIV-positive mothers and trains them in HIV education and peer counseling so they can run support groups for other patients in local clinics and hospitals. For many women, this is an inspiring experience, enabling them to start careers, open bank accounts, and create a stable life.

By the time Mbayi finished her story, hope and horror both rushed through me at once. I had the horrible realization that in a sense, HIV took her child’s life instead of her own.

But it is clear that working for Mothers2Mothers has empowered Mbayi, who now stands strong and confident, and is noticeably pained when she remembers her darkest hours, when she thought that taking her own life was the only way forward. Her knowledge and her dedication to helping other HIV positive women signify how far she has come.

I wondered, If my mother had lived, would she also have helped support other HIV-positive mothers? Would she have needed a job like that to help her cope?

As I left I gave Mbayi a hug, squeezing her as if she were my own mother. When I got back to my apartment near the city center, tears swelled in my eyes.

It was the first time I cried since starting this journey.

“A Daughter's Journey" is a series of blog posts by Tracy Jarrett, a GlobalPost/Kaiser Family Foundation global health reporting fellow. Tracy is traveling from her hometown, Chicago, to Cape Town, South Africa as part of a Special Report entitled "AIDS: A Turning Point.” Read Parts I, II, III, and IV of Tracy's journey on GlobalPost.