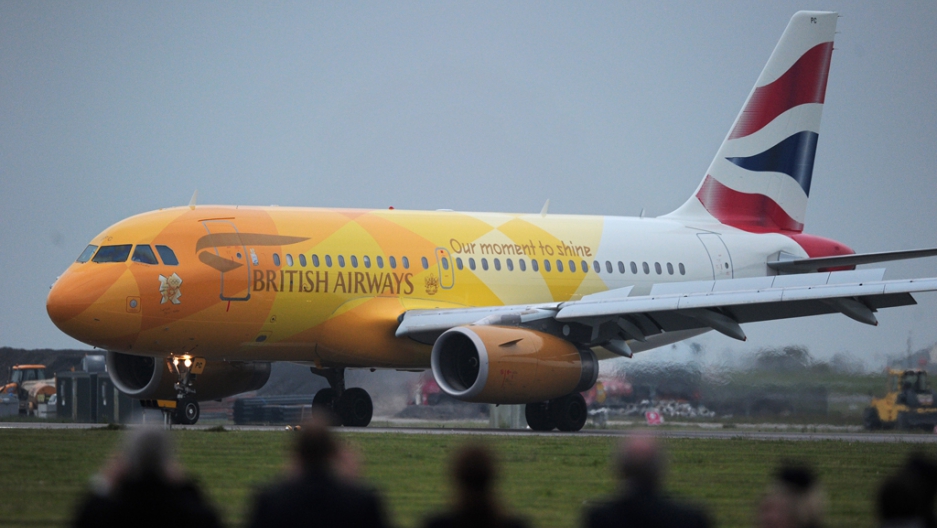 British Airways is taking heat for a new plan, called the "Know Me" system, which will rely on Google Images to help staff recognize customers and personalize their flying experiences.
Credit: CARL COURT
Share

British Airways is fending off criticism over its new plan to Google passengers so that it can personalize their flying experience, British newspaper The Daily Mail reported.

British Airways plans to let its staff at check-in desks and first-class lounges use technology under the "Know Me" system to "put a face to the name before the customer sets foot in the airport," according to British newspaper The Daily Telegraph.

According to Wired magazine, that essentially means that British Airways will use a Google Images app to download pictures and complete a "dossier" of any information they can come up with for reference.

The Verge reported that the other data British Airways will have access to include previous travel arrangements, complaints, meal requests and Executive Club status.

More on GlobalPost: Will you have Internet access Monday? Malware could potentially kick thousands off web

The aim is to "collate a wealth of data from every experience the customer has with the airline and translate that into meaningful service for that individual," said Wired.

For example, a member of staff could apologize for a delayed flight if the customer had blogged or tweeted angrily about a delay, said Wired. British Airways told Wired, "We are entirely compliant with the UK Data Protection Act and would never breach that."

They added, "The Google Images search app helps our customer service team to recognize a small number of high profile travelers such as captains of industry who would be using our first class facilities enabling us to give a more personalized service."

More on GlobalPost: Amazon has new smartphone in the works

Nick Pickles, the director of Big Brother Watch, said, "Fundamentally British Airways have not asked their passengers’ permission to search Google to find their picture or any other information," according to The Daily Mail.

"This goes to show that major international companies now recognize the best way to find out personal information about its customers is to ask Google," he added.

The Telegraph said the airline aims to send 4,500 "personal recognition messages" a day by the end of the year.