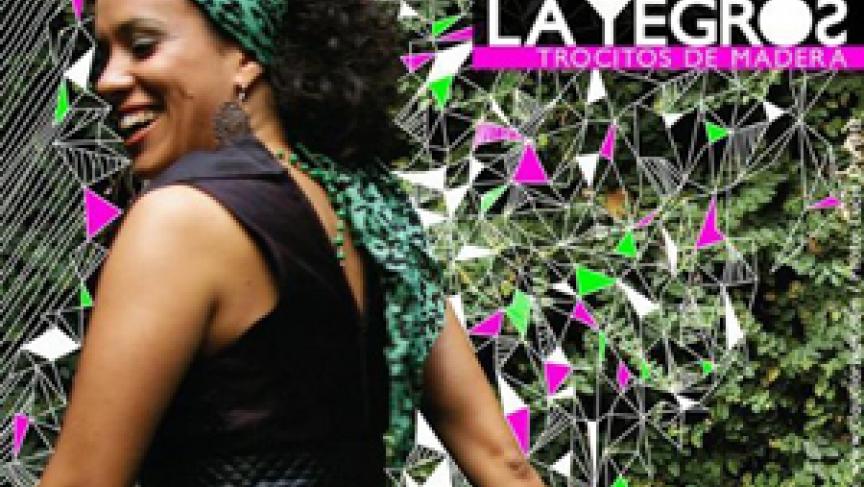 Share
In their home studio, husband and wife duo Gaby Kerpel and Mariana Yegros are putting the finishing touches on a song for their new project, La Yegros. Mariana snuggles with a white poodle in her arms. A black one snoozes at her feet, as the mix comes together. "Mariana Yegros is conservatory trained," said her husband. "But her voice is anything but classical. It's sharp and high, wild and aboriginal." Yegros said that is from her parents, who are from Argentina's northern-most province of Misiones, deep in the forests near Brazil. Yegros said she grew up listening to traditional chamame music with her father, who carried a radio everywhere he went. So she naturally gravitated toward a more "folkloric" kind of sound. Yegros isn't new to the Buenos Aires scene. She is a veteran frontwoman with several bands and has been a guest vocalist on her husband's music since they met 15 years ago at a casting for the touring show, De La Guarda, a sort of Argentina's answer to "Stomp." Kerpel composed the music for De La Guarda and has been a leader in electronic music in Buenos Aires, often going under the name, King Coya. He said the La Yegros project brings Mariana and a live band up front. "A DJ or laptop set is really easy to take on tour," Kerpel said. "But once you grow a little bit and you start playing at bigger festivals, one person behind a laptop on stage starts looking boring." Mariana Yegros delivers. On stage, she wears tight, colorful, outfits, a bright headband taming her frizzy afro. She dances and shakes. She shimmies. And unlike the practiced seriousness of many DJs, La Yegros is all smiles and warmth, so completely unconcerned with coolness. She said sometimes she gets advice to try to adapt a "personality", but she prefers just to be herself. "That's what makes her so attractive," said bass player, Beno Guelbert. "She is not trying to be like, "ok, here I come. She's fresh, and she conquers you little by little." At a major folk festival in nearby La Plata, few people knew La Yegros, but by the time she and the band rolled into one of her signature tunes, "Bendita Chamame," a sort of musical benediction translated as "Blessed Chamame," several thousand people were on their feet, jumping and dancing. And like a pastor leading her flock, Yegros sang with arms out wide, embracing and enticing her newfound fans. "Suddenly, I looked out at the crowd, and I was like, wow, this is crazy, this really blew up," Yegros said. "It spread from one person to another, and people were dancing. It was incredible." "She is sensual. She is beautiful. She has qualities of connecting with the audience and a whole different public," said Grant Dull, who runs the ZZK record label, a trendsetter in the music scene here. Dull is popularizing a uniquely Buenos Aires fusion of traditional South American music with experimental, sometimes wacky, DJ beats. La Yegros is ZZK's first female artist. Dull said more than sheer femininity, it's La Yegros' pop, melodic sensibility that can attract new listeners. "Some of our artists are an extremely hard sell because they do really weird, out there, left field, crazy, instrumental music," Dull said. "Her album and her live show sounds fresh, it sounds new, it's very hooky and it gets in your head." Dull hopes to have the album out by the end of the year, with a tour to follow, so La Yegros and her band can captivate new fans with its brand of Amazonic pop soon.