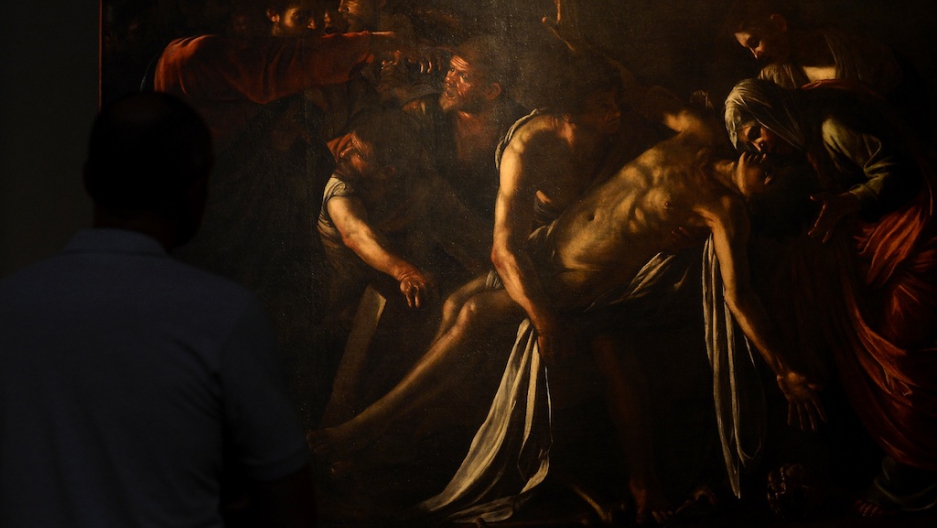 A man stands in front of the restored Caravaggio painting 'Resurrection of Lazarus' at the Palazzo Braschi museum in Rome on June 15, 2012.
Share

The works are estimated to be worth 700 million euros ($866 million), ANSA said.

According to The Telegraph, the drawings and paintings were discovered among a collection of works by students of Italian mannerist painter Simone Peterzano.

The works are stored in a castle in Milan.

Michelangelo Merisi, or Caravaggio, is renowned for his dramatic use of shadow and light. His many famous works include David with the Head of Goliath, ‪The Raising of Lazarus ‬and the Calling of Saint Matthew.

Caravaggio led a tumultuous life – he was involved in frequent brawls and beatings and was eventually forced to flee Rome with a price on his head.

While in exile, he died of fever at the age of 38.

According to AFP, art lovers will be able to view the Caravaggio works for the first time on Friday when they are published online by experts Maurizio Bernardelli Curuz and Adriana Conconi Fedrigolli.

"We always felt it was impossible that Caravaggio left no record, no studies in the workshop of a painter as famous as his mentor," Curuz, artistic director for the Brescia Museum Foundation, said.