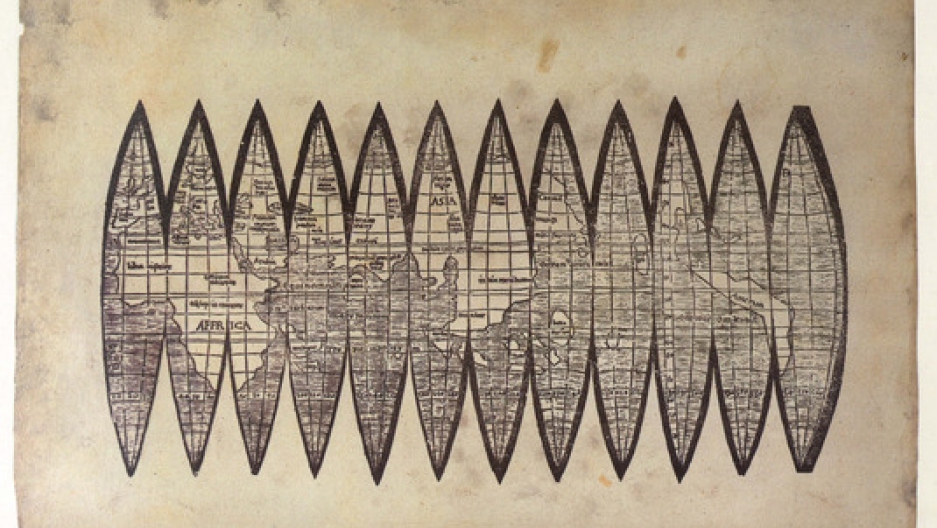 BERLIN, Germany — Librarians in southern Germany have found a lost copy of one of the first maps to use the name "America."

They believe it is a smaller version of the famous 1507 map drawn by German cartographer Martin Waldseemüller, sometimes refered to as "America's birth certificate."

The A4-sized copy resurfaced in Munich University Library, where two members of staff came across it by chance in a 19th-century Viennese book on geometry.

It had probably been bound there by librarians who didn't realize its significance, the library's head of ancient books, Sven Kuttner, said in a press release.

"There hasn't been a find of this dimension since World War Two," Deutsche Welle quoted him as saying.

Around 100 copies of Waldseemüller's map are thought to have been printed, according to the library, of which only four were known to survive – until now.

There are some minor differences between this and other versions, which leads Kuttner to conclude that it was probably printed some time after the first edition in 1507. Researchers aren't sure where the copy was made, or how it ended up where it did.

According to the US Library of Congress, which houses the original and one of the surviving copies, Waldseemüller's map was the first to portray the New World as a separate continent, and the first to name it America, in recognition of the explorer Amerigo Vespucci.

Germany officially gave the original to the US in 2007.

The newly found copy will remain in Munich University Library, but can be viewed online from today – in honor of American Independence Day, the library said.

More from GlobalPost: Hot dogs and rage on the Fourth of July