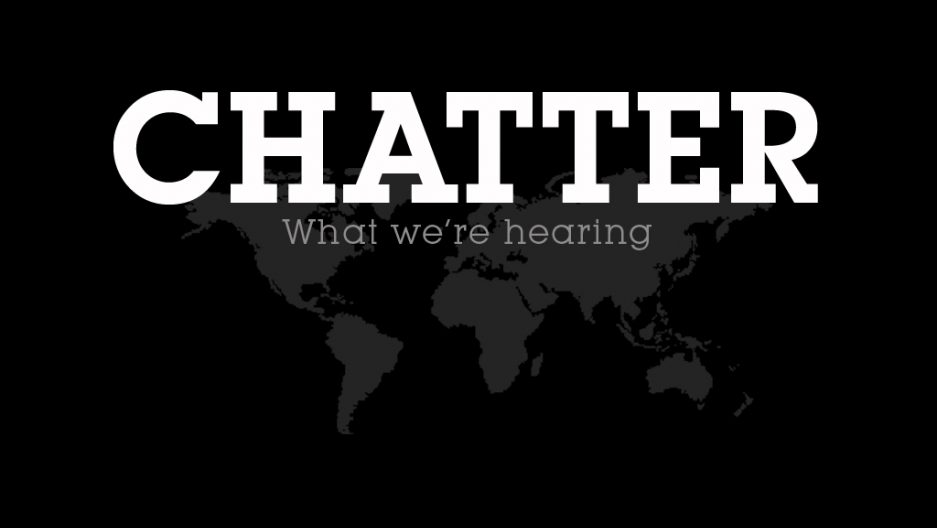 Need to know:
Scientists hunting for the so-called "God particle" believe they may just have found it.

They're confident that data from the Large Hadron Collider particle accelerator in Switzerland is evidence of a new particle – one consistent with the Higgs boson, the particle that if proved to exist would explain, oh, just why matter has mass.

At what was definitely the scientific conference to be at today, researchers announced they had observed a particle with a far greater mass than any other yet known, which is just what they'd expect the Higgs boson to be.

Their thunder was stolen just the tiniest of bits by the fact that a video announcing the findings was leaked online the night before due to a "technical fault." They may have made one of the most important scientific discoveries of our lifetime, but someone in that office still can't work the internet.

Want to know:
Five NATO soldiers have been shot and wounded in Afghanistan, by a gunman wearing an Afghan army uniform. All five casualties are believed to be American.

The coalition says they were attacked yesterday at a NATO base in Wardak, in the east of Afghanistan, and are currently receiving medical treatment.

Two days earlier, three of their British comrades were shot dead in a similar rogue attack, that time by an Afghan policeman. There have already been more than 20 such deaths this year.

Meanwhile, NATO once more has access to Afghanistan via Pakistan: Islamabad agreed to reopen its supply routes yesterday, after the US apologized over the deaths of Pakistani soldiers in American airstrikes.

Dull but important:
Former Barclays CEO Bob Diamond will get a grilling from British lawmakers later today, the day after he resigned over an interest rate-fixing scandal that just won't go away.

Nothing he says is likely to appease the bank's customers in the UK, where, according to a recent poll, 49 percent of people believe high-street banks to be dishonest and 45 percent think them incompetent.

This latest scandal could be the tipping point for a public fed up with perceived incompetence, corruption and greed in the banking industry. Are banks about to take a beating?

Just because:
What really killed Yasser Arafat? It's a question that has been asked many times since the Palestinian leader died of a sudden and mysterious illness in November 2004.

Now, it may be about to get an answer – and not a good one. The Palestinian Authority is considering exhuming Arafat's body, on the strength of new evidence to suggest that he may have been a victim of polonium poisoning. Forensic analyses ordered by Al Jazeera found traces of the radioactive element on Arafat's personal belongings, indicating that it was also present in his body.

If that's true, tests on Arafat's corpse will provide the final proof. In which case, there'll be a whole new set of questions to answer.

Strange but true:
"Look, mermaids aren't real, OK? Nor are unicorns, and no, sir, that wasn't a yeti they found." [Harrassed government scientist, to colleague: "Why does the switchboard keep letting these people through?"]

We like to imagine that's the conversation(s) went for a good few months before the US National Ocean Service felt compelled to issue a statement confirming, once and for all, that no evidence of aquatic humanoids has ever been found.

It's not the first time the government has had to clear such matters up. Last year the White House reliably informed us that aliens didn't exist. Nice try, eggheads: we all know what happens on Independence Day.