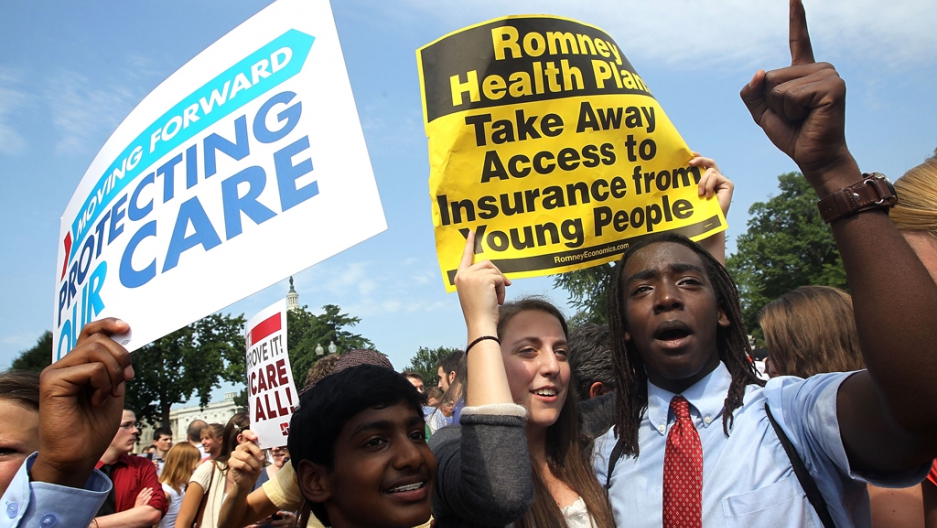 Though 76 percent of Americans decisively approve or disapprove of the Supreme Court's historic health care ruling, just 55 percent understand what was decided, a new Pew Poll has found.

Just over half of the American public knows that the Supreme Court upheld most of Obamacare's provisions, according to the Pew Research Center for People and the Press: 45 percent believe that the court rejected most of the provisions and 30 percent don't know what the court decided.

Of those who understood the ruling, 40 percent said they disapproved of the decision, while 36 percent approved and almost a quarter (24 percent) had no opinion on the issue, according to the Poll.

An ABC/Washington Post poll found a similar divide, with 45 percent of those polled viewing Obamacare favorably and 48 percent seeing the health care laws as unfavorable.

Among 18- to 29-year-olds, a demographic that accounts for a significant base of Obama's supporters, 43 percent didn’t know anything about SCOTUS' decision and 20 percent thought the court had rejected most of the law's points, according to the Washington Post.

However, though it confused the public, the health care debate dominated the public consciousness. Pew's poll found that last week's heavily covered stories on the Arizona immigration law and the "Fast and Furious" investigation of Eric Holder haven't garnered as much attention: just 29 percent and 22 percent of the population followed each of those respective issues closely, Politico reported.

"Most people — especially those who are unaffiliated or independent voters — tend to be relatively low information voters," wrote the Washington Post's Chris Cillizza of the poll's findings. "That is, they don’t have all the facts on an issue — and they don’t really care to find them out."

More from GlobalPost: What the Medicaid ruling in the Supreme Court decision means