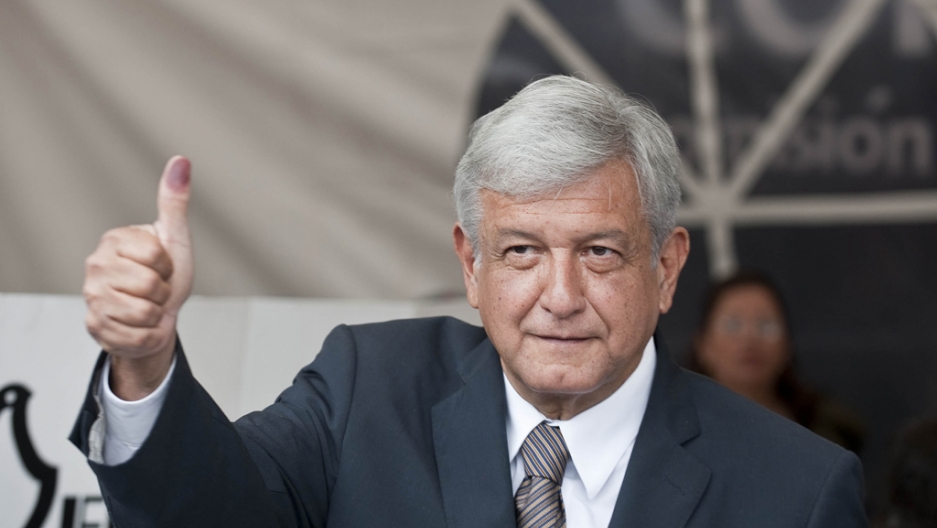 Sound familiar? That's because the same left-winger refused to concede after the last election in 2006. That time, after losing by a hair to President Felipe Calderon, Lopez Obrador rallied his base to bring Mexico City to a standstill, and held his own unofficial swearing-in ceremony.

This time, the supposed margin is slightly wider — although not as wide as pollsters had predicted. According to Mexican election officials, the leftist candidate known as "AMLO" trailed Enrique Peña Nieto by more than 6 percentage points.

"We won with a wide margin, we cannot accept a fraudulent result," Lopez Obrador said in a press conference late Monday, reports Argentine news agency Telam. He said the vote was "dirty, inequitable and plagued with irregularities."

Peña Nieto is expected to take office in December, but Mexico could be in for a long haul before then if this challenge goes forward.