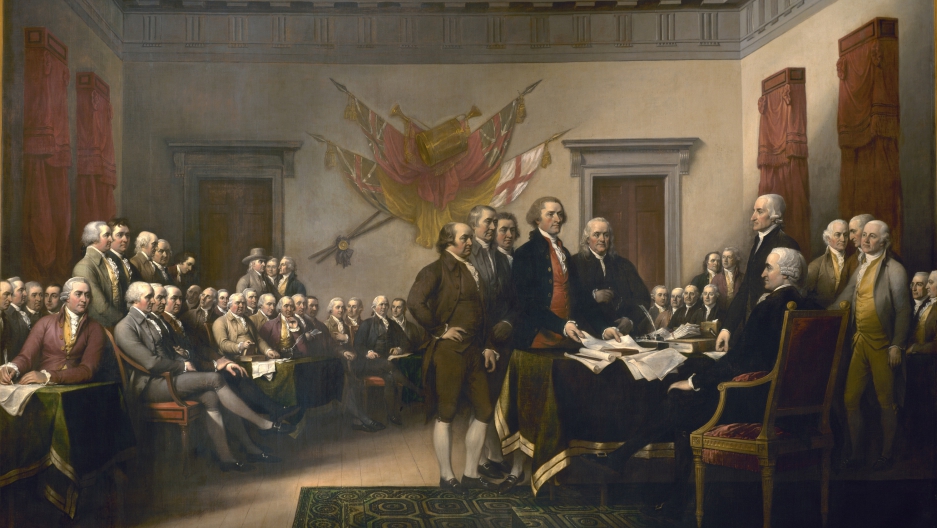 In the United States, the 4th of July means only one thing: Independence Day. Burgers are grilled, beers are sipped, we all gawk at the pretty fireworks, and somewhere in that whole mess of activities there's something about throwing off the shackles of tyranny. And that's all just fine and dandy.

But guess what, America? That’s not the only thing that’s ever happened on the 4th of July. To bring you up to speed, GlobalPost has put together a small list of memorable events that have taken place on July 4th throughout history. While you’re celebrating this year, put down the hot dog for one hot second to learn a little bit more about world history.

4 July 1569: The Polish-Lithuanian Commonwealth is founded, uniting the Kingdom of Poland and the Grand Duchy of Lithuania.

4 July 1634: The city of Trois Rivières in New France, or what is now known as Quebec, Canada, is founded.

4 July 1826: Two consecutive American presidents, Thomas Jefferson and John Adams, both die 50 years after the signing of the Declaration of Independence, a document they were largely responsible for drafting.

4 July 1862: While row boating on the Thames by Oxford, Charles Dodgson, better known as Lewis Carroll, entertains Alice Liddell and her sisters with a story about a girl named Alice who falls into a rabbit hole. Three years later to the day, Alice’s Adventures in Wonderland is published.

4 July 1879: The Anglo-Zulu War is concluded when British troops burn down Ulundi, the capital of Zululand.

4 July 1918: Tsar Nicholas II, the last emperor of Russia, and his entire family are executed.

4 July 1939: Lou Gehrig announces his retirement from baseball to a crowd of more than 60,000 fans, calling himself “the luckiest man on the face of the earth.”

4 July 1976: Elite Israeli soldiers raid the airport in Entebbe, Uganda, to save an Air France plane that had been hijacked by the Popular Front for the Liberation of Palestine, rescuing the crew and 102 passengers, while four others are killed.

4 July 1987: Infamous Nazi Klaus Barbie is convicted of war crimes committed while in charge of the Gestapo in Lyon, a tenure that earned him the name The Butcher of Lyon.

What will happen this July 4th? We can only wait and see.