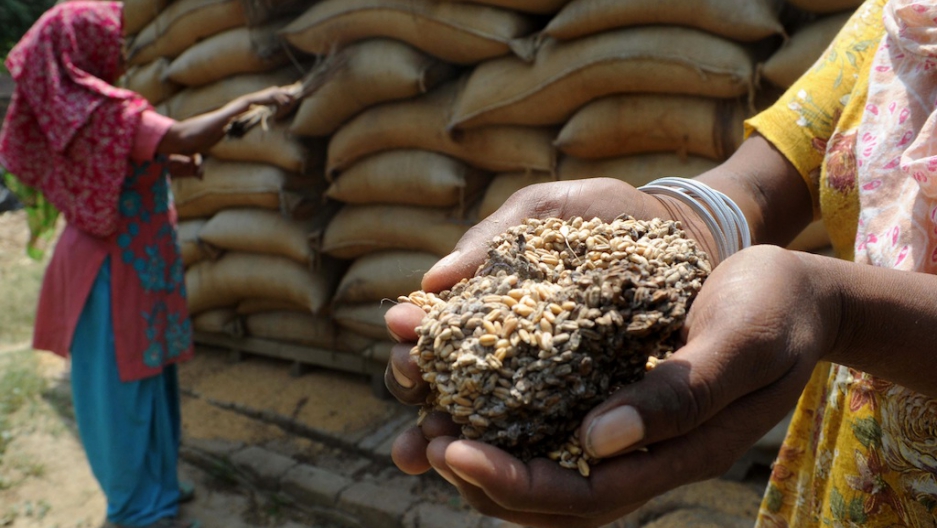 Recent advances in agricultural technology have helped increase India's grain production through developments including high-yield seeds for the past five years, Reuters reports. With all this excess food, it would appear that a solution to the Indian hunger problem has been found.

But there's a big problem — India's storage facilities have not kept up with the grain's pace of development. As a result, grain surpluses are now being stored outside, where the chances of rotting drastically increase.

This inefficient system has deadly consequences. Instead of the grain filling the bellies of hungry Indians, it is feeding rodents and insects, growing fungus, and decomposing. Just this year, officials estimate that 6 million tons of India's grain worth $1.5 billion could become inedible, according to Reuters. This is while 43 percent of children under 5 are underweight, according to UNICEF. Reuters reports that 3,000 children die every day from illnesses related to malnutrition.

Bureaucratic inefficiencies and corruption are what hinder distribution to the hungry. Stories of corruption include distributors basically "cutting" the grain, mixing rotting grain with fresh grain and selling it on the market. Then there is what India's press is calling the "mother of all scams," with hundreds of government officials redirecting billions of dollars worth of grain away from the poor and into local and global markets.

Even in 2010, when the Supreme Court directed the government to give the grain to the hungry for free rather than let it rot, state governments ignored the request or only distributed grain with low, subsidized prices to people with ration cards.

While the grain is clearly not feeding hungry Indians, it is also not making the government any money either.

Due in part to "good" monsoons, the surplus' real impetus is provided by government subsidies to farmers, creating incentive to harvest as many crops as possible, even when the supply outweighs the demand. With the inflated prices the government pays to farmers for the crops, exporting the surplus becomes a problem because of the much lower market value the crops garner in world markets.

According to the same Reuters article, the Indian government pays about $346 per ton. To be competitive in the market, a ton would have to sell for about $260. That $80 difference constitutes a huge loss for a government already running a high fiscal deficit. The crops don't feed who they should and in the end, actually cost the government billions.

Business Insider: Yes, The US Could Probably Learn A Lot From The French Health Care System

Business Insider: Incredible Photos Of A Massive Chinese-Built Ghost Town In The Middle Of Angola