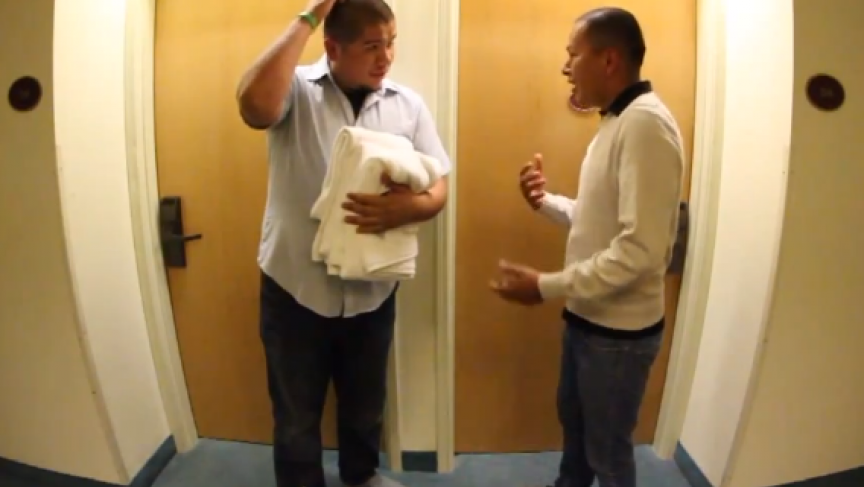 The Supreme Court ruled on several landmark cases last week — not only the Affordable Healthcare Act, but also a challenge to Arizona's controversial, and influential, immigration law.

The court ruled that most, but not all, of the law was unconstitutional. And, it comes on the heels of President Barack Obama’s announcement that his administration would not deport the 800,000 undocumented immigrants under 30 who arrived here as children.

The 28-year-old artist and video producer was among dozens of undocumented immigrants featured on a recent cover of Time magazine who have “outed” themselves, talking publicly about their status.

“As a queer individual, I know what it’s like to be in the shadows and have this secret,” Salgado said. “And when I came out, it was alleviating, it was great.”

Salgado spent eight years getting his journalism degree from Cal State Long Beach while he paid the bills by doing menial jobs, the only type he could find without a green card. He and other undocumented activists created DreamersAdrift in an effort stay creative.

Their video series Undocumented and Awkward has also become a viral hit, with skits that highlight the everyday shame that can paralyze undocumented immigrants. Laughing helps, Salgado says.

"We didn’t think we were funny, but people liked [the videos] and started passing them on," he said.

Salgado also makes chunky, screen-print-style digital images designed to go viral. Some evoke the quick, polemic style of street art. Others, like his Undocumented Apparel series, reference the language of advertising to draw attention to stories far from the mainstream.