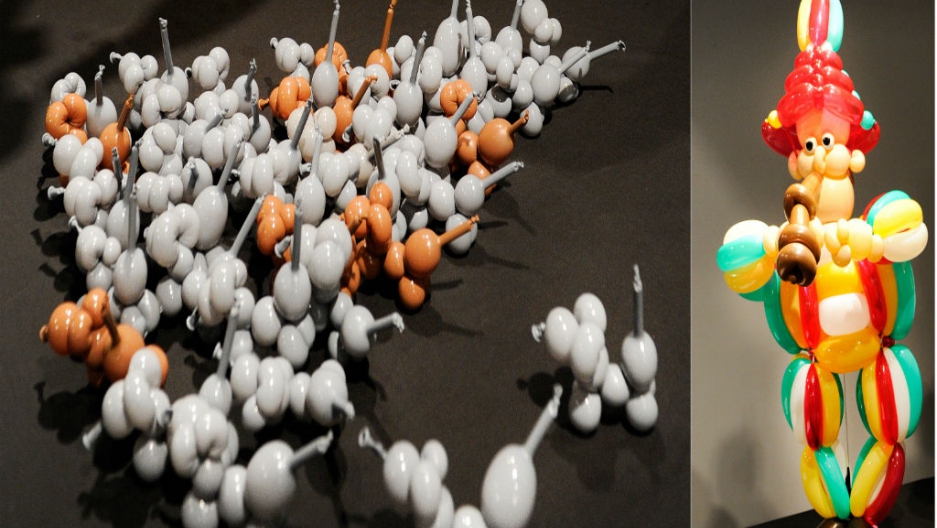 BERLIN, Germany — Rats, it would seem, are once again a problem in the legendary German town of Hamelin ... or are they?

Best known for the story of the Pied Piper who rid the town of its rats and then its children, Hamelin was suddenly the focus of international media attention last month. News had emerged that a town fountain had been put out of action by — of all things — rats.

“Hamelin: German town hit by new plague of rats,” was the headline from the BBC. “Wanted one Pied Piper – Hamelin suffering from rat problem again,” was the Daily Telegraph’s response, while the Huffington Post warned that a “rat infestation plagues Hamelin.” Could history be repeating itself? Was the town famed for its rat-catching stranger in the grip of a modern-day rodent invasion?

The reality was far more mundane. For a start, the fountain was not an historical landmark. “It’s just at the edge of the city center, it’s not that important,” town spokesman Thomas Wahmes told GlobalPost.

Some rats had been attracted by the crumbs left by people sitting on a nearby bench, he explained. They then gnawed through the cable with the electronics that operated the fountain. “It wasn’t that we were upset about it. It wasn’t a big drama that this fountain was broken.”

In fact the council had already been thinking about removing the fountain due to the costs involved in clearing the leaves that were blocking its pipes.

A local paper, Diester und Weser Zeitung, reported on the matter. Then the national press picked up on it. And the story snowballed from there.

“I think we in Hamelin were those who were the least interested in this,” says a bemused Frank Luecke, the director of the town’s tourist authority. “We were all really surprised that this spread beyond the town, and even abroad.”

More from GlobalPost: Australian woman ends up in intensive care after kissing her pet rat

It’s not the first time the international press has got excited about Hamelin and rats. In 2008 the BBC and others reported that the dreaded rodents had returned to the town after it emerged that some rats were overrunning an abandoned allotment.

Sorting out the problem had become an issue because of uncertainty about who owned the property. “It was just temporary and the plot was on the edge of town,” says Wahmes. “It really wasn’t a big deal.”

“There are certainly not more rats here than in other towns,” says Luecke. “It’s just because we are the Pied Piper town and that there is this connection with these animals because of the legend.”

According to that legend, in 1284 a stranger in colorful clothing appeared and offered to rid Hamelin of a troublesome rat infestation. Playing a magic pipe he lured the rats out of the town and into the Weser River where they drowned. When the townsfolk refused to pay the piper for his troubles, he used the same magical powers to entice the town’s children away. They were never seen again.

The story has been retold by Goethe, the poet Robert Browning and most famously the Brothers Grimm.

The special place that rats hold in the town’s history make it all but inevitable that anything of a rodent nature there becomes worthy of press attention.

“We are used to it,” explains Wahmes. “Every few years something happens, almost cyclically.”

“If anything it helps us to become a bit better known internationally,” he adds. “It certainly means that we might get a few more visitors who want to follow in the footsteps of the Pied Piper.”

It also doesn’t hurt that the town, which has around 60,000 inhabitants and is situated almost 50 kilometers from Hannover in Lower Saxony, is a picturesque spot with lots of pretty medieval buildings. That makes it a perfect backdrop for those hoping to conjure up a bit of fairytale atmosphere.

In fact tourism has become vital to its economy. Around 15 percent of the residents here make a living in one way or another from catering to those making the pied piper pilgrimage.

While tourists from the rest of Germany make the trip, there are also many foreign visitors, coming from the rest of Europe, as well as further afield, such as the United States, China and Japan.

“The further they have travelled, the more important the theme of the Pied Piper is to them,” Luecke says.

The town is happy to accommodate this interest. A 90 minute performance takes place every weekend during the summer. Long-time Hamelin resident, Michael Boyer, originally from the US, plays the Pied Piper and local children dress up as rats and help re-enact the tale.

The town museum also has an animated version of the legend, and explores how the story is told in different parts of the world. And there is even a rat-themed musical, for those who haven’t exhausted every rodent possibility.

While Luecke insists the town has plenty more to offer visitors, including proximity to lots of castles and an attractive local landscape, the main draw is undoubtedly the fairytale connection.

And both he and Wahmes say the town is pleased rather than annoyed by the media attention about the fountain and the purported rat infestation. “It really shows that this story and our town are known across the world,” Luecke says. “If that weren’t the case, then no one would report on it.”