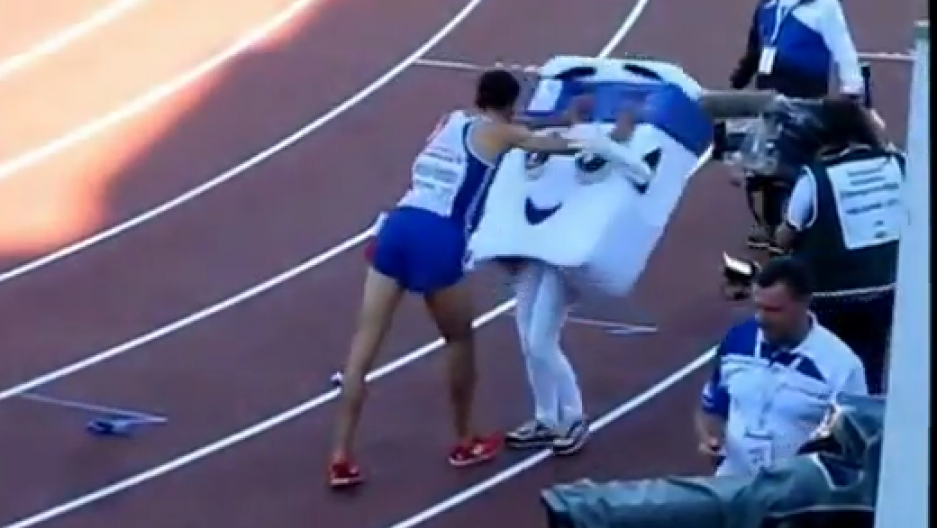 Immediately after crossing the finishline at the European Athletic Championships in Helsinki on Friday, the Algerian-born runner walked over to a teenage girl dressed as the championship’s mascot, “Appy,” knocked a gift bag out of her hands and shoved her.

It was all caught on video:

This isn't the first time the 27-year-old runner has gotten into a scuffle with a mascot. NBC News reported that after Benabbad won the same race in 2010 in Barcelona, he asked a mascot to kneel in front of him before pushing it to the ground.

Benabbad also fought his teammate Mehdi Baala in July of 2011, at the finish line of the 1500 meters at the Monaco Diamond League games. Benabadd was suspended for 10 months following that incident, ABC News reported.

Australia's The Age, reported that the girl inside the mascot costume was believed to have been slightly winded by the unexpected attack but otherwise unharmed.