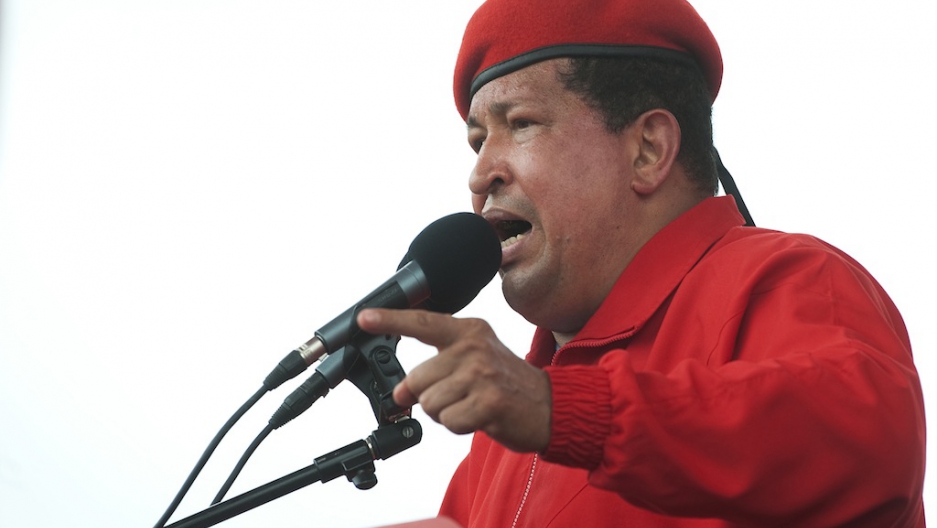 Hugo Chavez's controversial policies were the subject of a fierce debate at the UN Human Rights Council. Venezuela is seeking an election bid to the international rights body.
Credit: JUAN BARRETO
Share

Thor Halvorssen has thrown down the gauntlet at the feet of the UN Human Rights Council (UNHRC) in the Huffington Post.

The founder and director of international NGO The Human Rights Foundation, Halvorssen wrote a column Sunday calling out the UN body for being hypocritical and ineffective in light of Venezuela's bid to become a member.

This was days after his June 28 speech in front of the UNHRC started a diplomatic brawl.

Venezuela, under the leadership of controversial figure Hugo Chavez, has a spotty-at-best human rights record, and Halvorssen argued in front of the body that its inclusion on the UNHRC would allow Venezuela "to shield its horrendous record of abuse and equally problematically, to validate other authoritarian governments such as Syria, Iran and one that sits shamefully on this council: Cuba."

Halvorssen is a Venezuelan national and his mother was shot by Chavez security forces in 2004. He has a unique (and perhaps biased) perspective of the abuses on the ground in the country, and through his NGO has "carefully monitored the Venezuelan state and have established that the current government is among Latin America's worst human rights violators."

Listing off a long series of examples, Halvorssen then accused the council of having full knowledge of the abuses yet remaining silent.

Before he could finish, however, the council cut off Halvorssen's testimony and delegates from Cuba, China, Russia and Pakistan protested his language and allegations about Venezuela (which the US State Department and numerous other human rights organizations echo and regularly speak about), at which point "kinetic table-banging" and a ruckus ensued.

The Huffington Post column reads like a satirical comedy of errors in which the allies mentioned above band together, the US delegation does almost nothing (the US does request the Human Rights Foundation's statement be a part of the record, but is then slapped down by Cuba) and the "perfectly choreographed set of villains" wins out by sheer force.

According to Human Rights Watch's 2012 annual reports, all the countries that attempted to block Halvorssen's testimony have shady human rights records. Cuba is "only country in Latin America that represses virtually all forms of political dissent;" China has a long and storied history of repression, extra-judicial imprisonment, arbitrary enforcement of laws, and is the only country that currently imprisons a Nobel Peace Prize winner; and Russia is facing ongoing gay rights problems, among other concerns.

As Halvorssen says in his post, it's an inexplicable event when a representative of a human rights NGO, invited to give testimony to a human rights council in time allotted, is gagged when he mentions the unseemly and hypocritical rights records of some of the countries on the council, or uses the word "authoritarian," which they all had a problem with.

"No wonder the Human Rights Council is so dysfunctional," he wrote, describing the silence of the rest of the countries' fear of Cuba and its allies. "No less than two European powers are afraid of a bankrupt police state in the Caribbean whose main exports are broken dreams, exiled political prisoners, and failed revolutionary ideas."

See the video below, and read Thor Halvorssen's column at Huffington Post.