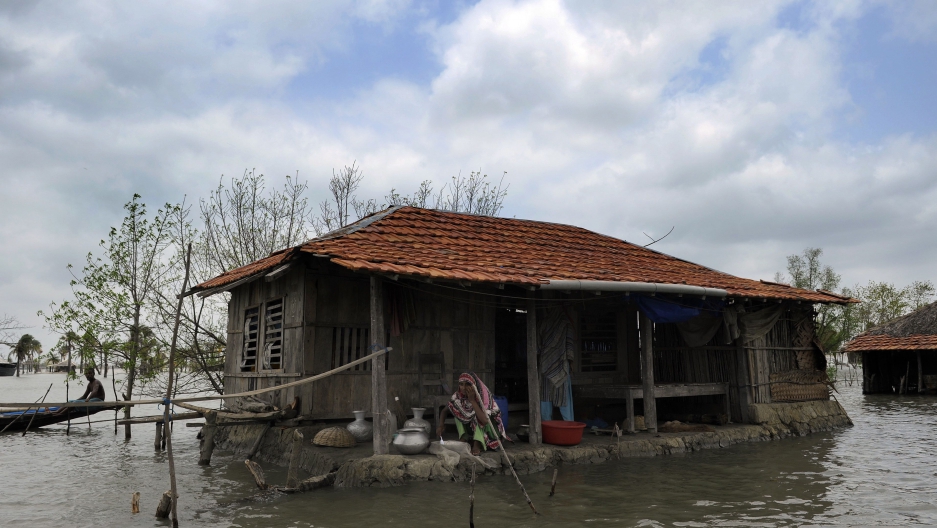 A Bangladeshi woman (bottom C) works outside her house in Gabura, the southern part of Bangladesh on May 13, 2010.
Credit: AFP
Share

The World Bank has cancelled a $1.2 billion loan to Bangladesh to enable the country to build its largest bridge, citing concerns over corruption.

According to Reuters, the 6-kilometer-long road-rail bridge across the Padma River is intended to link the country’s underdeveloped southern region with the capital city, Dhaka, and Bangladesh’s main port, Chittagong, benefiting some 30 million people.

The bank said that although it had provided Bangladesh’s government with evidence of high-level corruption related to the project in September, requested that Dhaka suspend officials suspected of fraud, and sent a high-level delegation to the capital to outline the bank’s concerns over the issue, Bangladesh’s response had been “unsatisfactory,” with the authorities failed to investigate the claims, according to the BBC.

More from GlobalPost: At least 100 dead, quarter million stranded in Bangladesh due to monsoon rains and landslides

In a statement Friday, the Washington-based bank said: “The World Bank cannot, and should not, and will not turn a blind eye to evidence of corruption.”

“In light of the inadequate response by the government of Bangladesh, the World Bank has decided to cancel its $1.2 billion… credit in support of the Padma multipurpose bridge project, effectively immediately,” it added.

According to the Agence France, two former executives from Canadian engineering firm SNC-Lavalin are also embroiled in the corruption allegations. Following a year-long investigation, based on evidence supplied by the World Bank, the pair now face charges in Ottawa of attempting to bribe Bangladeshi officials.