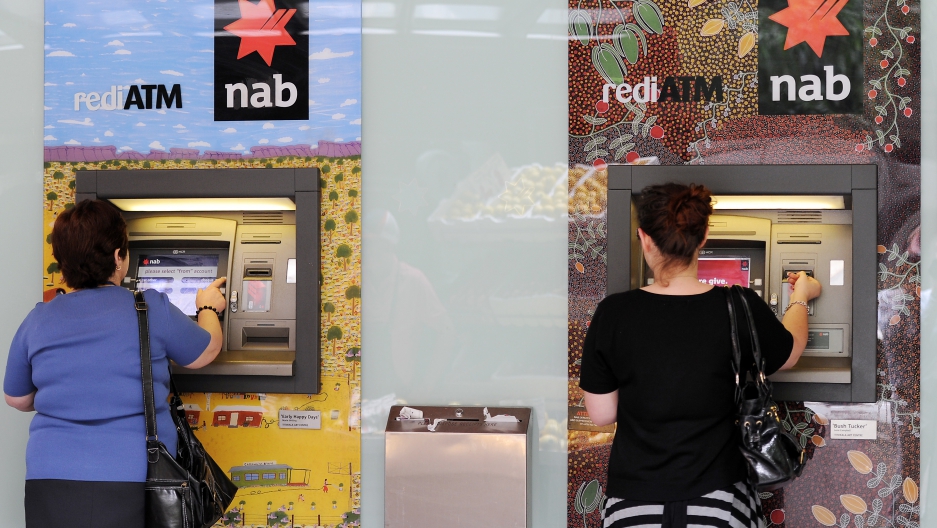 A Sydney bank teller who suffocated and killed an elderly customer she was defrauding has been jailed for at least 14 and a half years.

The former National Australia Bank teller also admitted to stealing $115,000 from the account of Brayshaw, whom she'd befriended.

Henzon initially told police an elaborate tale involving masked intruders breaking into Brayshaw's home at Epping in Sydney's northwest while she was visiting her.

One had been wearing an opera mask and the other a clown mask with orange hair, Henzon said, adding that they wrestled the women to the ground and forced plastic bags on to their faces.

However the court was told that Brayshaw was either strangled or suffocated to death by Henzon.

Henzon told police that $100,000 of Brayshaw's funds transferred into her account the day before the murder had been "payment" for marrying a Hong Kong-based friend of Brayshaw, Sydney's Daily Telegraph reported.

Despite later admitting to the crime, Henzon collapsed in the dock after Justice Peter Hidden, of the New South Wales Supreme Court sentenced her to a maximum of 19 and a half years in jail, the ABC News reported.

In sentencing Henzon, Hidden said she had been diagnosed with a life threatening autoimmune disease and that he was not convinced Henzon intended to kill Brayshaw.

However, she had displayed a "reckless indifference to human life" and had showed no remorse.

According to the Daily Telegraph, an autopsy had showed Brayshaw's injuries to be consistent with someone who had "fought for their life."

"There must have been a heated exchange between the two women that degenerated into a physical struggle," Hidden said.

"On the other hand, it is significant in this case that the killing was spontaneous and was not accompanied by an intention to kill or, indeed, to inflict serious injury."