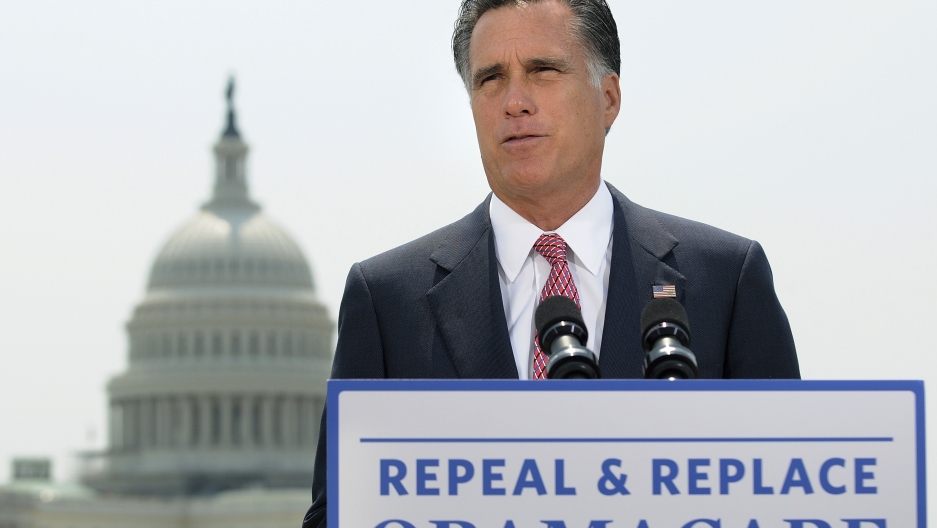 Republicans promise to do what they had hoped the Supreme Court would do in its historic ruling Thursday: repeal President Barack Obama's health care law.

The Supreme Court’s decision to uphold most of the law, including the individual insurance mandate, put an end to the conservative-led legal challenge. Once the verdict sunk in, Republicans realized that overturning the law, the Affordable Care Act, would be up to them.

The GOP wasted little time in moving the debate back into the political arena, where it's likely to remain a divisive issue this election year. In a speech outside the U.S. Capitol Thursday morning, Mitt Romney, the likely Republican nominee for president, vowed to repeal the law if elected. Congressional Republicans soon followed suit.

On July 11, the Republican-led House will hold its 31st vote to repeal the law. They first voted for repeal in January 2011, soon after the GOP took control of the House. But with a Democratic majority in the Senate, the move was — and remains — largely symbolic.

"The bill that we will be doing says don't just repeal a portion of it, repeal the whole thing and begin again with a more thoughtful process," said Rep. Scott Garrett (R-N.J.).

For now, repealing the Affordable Care Act remains a difficult task for the GOP. Without control of the White House or Senate, Congressional Republicans simply don't have the power to do it.

One of their first steps will be to win the upcoming election.

"The Republicans will choose to go back over it, and the odds are very great that they'll control one if not both houses come a new Congress," Steven Hess, a senior fellow at the Brookings Institute, told the Associated Press Thursday. "So you know that this is just the middle of the journey."

In attempt to avoid another round of political debate over the law, Obama has so far dismissed the Republican call for repeal. He said Washington needed to focus on the law's implementation instead.

But no matter how much Democrats try to ignore them, Republicans appear unwilling to back down.

"Today's ruling underscores the urgency of repealing this harmful law in its entirety," House Speaker John Boehner (R-Ohio) said in a statement released Thursday. "Republicans stand ready to work with a president who will listen to the people and will not repeat the mistakes that gave our country Obamacare."

The latest USA Today/Gallup poll shows that Americans are evenly split on the Supreme Court ruling, with 46 percent agreeing and 46 disagreeing with its decision to uphold the health care law.