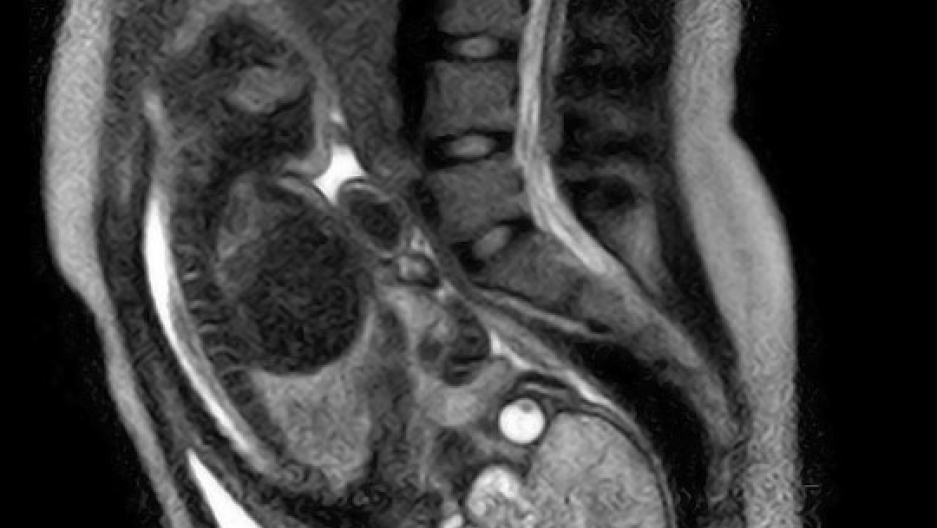 Baby birth captured on MRI video shows what delivery looks like from the inside.
Credit: American Journal of Obstetrics & Gynecology
Share

A German hospital has captured the birth of a baby on video using Magnetic Resonance Imaging (MRI).

Researchers at the Charité University Hospital in Berlin captured a 30-second video of the birth in 2010 using MRI snapshots strung together showing the inside of the womb.

The video shows the final push of a 24-year-old woman but cuts before the birth for fear the sound from the machine might have affected the baby.

The New Scientist reported that the video, the first of its kind, was made to better understand how the fetus moves through the birth canal.

"Knowledge about the mechanism of labor is based on assumptions and radiographic studies performed decades ago," the researchers wrote in their study.

The study was published in the American Journal of Obstetrics & Gynecology.