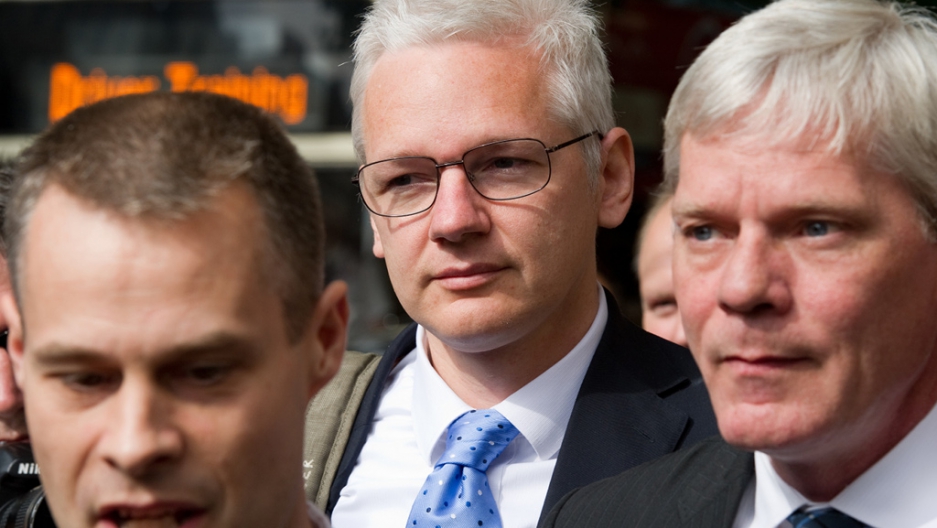 According to Agence France-Presse, Scotland Yard served a "surrender notice" to the Australian, which requires him to go to a police station. If he fails to do so, Assange would be liable to arrest.

The Guardian reported that Assange, 40, has been ordered to present himself at the Belgravia police station at 11:30 a.m. on Friday.

Assange took refuge in the South American country's embassy last week and is seeking asylum to prevent being sent to Sweden, where he is accused of rape and assault, according to BBC News. He has said he fears being sent to Sweden could allow him to be sent on to the United States, where he would face charges related to WikiLeaks and could face the death penalty.

Journalist John Pilger said last week that Ecuador's London embassy has been very hospitable to Assange, even providing him with a "fairly big room with a computer," reported the Daily Mail. Ecuador has said the WikiLeaks founder is under its protection while it is considering his asylum application.

The Daily Mail also reported that a letter signed by Michael Moore, who has been campaigning for Assange, along with other high-profile supporters, including director Oliver Stone, actor Danny Glover and Noam Chomsky, was delivered to the embassy on Monday. It came from Just Foreign Policy, an American organization dedicated to reforming US foreign policy, and called for Assange to be granted asylum.