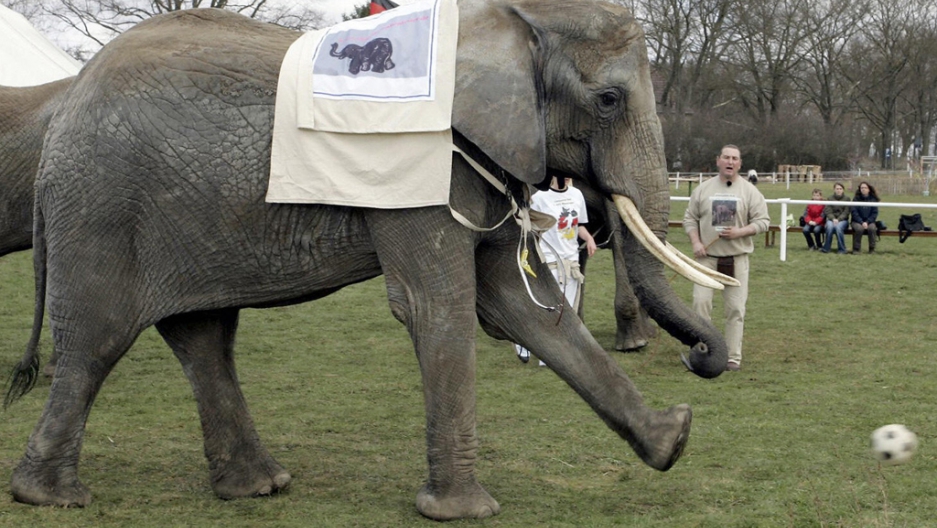 BERLIN, Germany — Hey you, soccer fan: put that alpaca down.

That's the warning issued by irate animal welfare activists in Germany, who say that the, er, herd of "psychic animals" currently working on predicting the results of Euro 2012 football matches are being exploited.

It all started with Paul the Octopus (may he rest in peace), who slithered to fame during the 2010 World Cup by correctly picking the winners of eight different matches.

Paul's triumph caught the German imagination – which has something of a soft spot for animal oddballs – and ever since his demise, football fans have been seeking a new oracle.

This year's European Championship has seen a record number of pet psychics: at least 10, according to Der Spiegel's count, including otters, a goat, an alpaca, a bulldog, an elephant and a celebrity cow.

"It's too much, almost every dog and pig in the country being made into the next oracle," Marius Tünte, a spokesman for Germany's Tierschutzbund or Animal Protection Agency, complained to the magazine.

"We as a society should be careful not make entertainment at the cost of our animals."

The agency has a particular problem with Ado the python's prediction method. The snake is the resident pundit at Big FM radio station, where he chooses which of two live rats, meant to represent the competing teams, to chow down on.

The rats are exposed to "unnecessary suffering for the sake of entertainment," the Tierschutzbund wrote on its Facebook page, encouraging its supporters to lodge their protests on the station's website. (Ado, presumably, quite enjoys it.)

Die Welt has other horror stories: the newspaper claims more than 1,000 dogs have been abandoned during the championship after failing to predict the right score – while a piglet that tipped Italy to beat Germany in tomorrow's semifinal apparently showed up hours later in a local butcher's as pork chops.

Whether those tales are true or not, even the Tierschutzbund's followers seemed to think animal forecasters – almost all of which make their predictions by scoffing something or other – were probably harmless fun.

"Are there not worse-off animals to worry about than a well-fed snake?" one commented on the agency's Facebook post.

In any case, you don't need to feed anything to anyone to know that Germany are going to send Italy home tomorrow night.