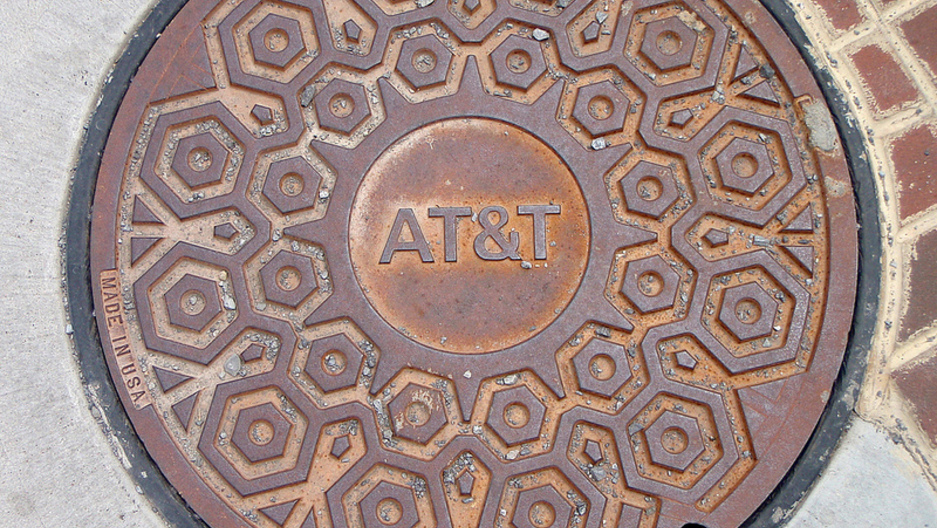 Many of America's financially struggling cities have already begun to sell ad space in exchange for much needed revenue. (Photo by Capt Kodak via Flickr CC.)

It's a common trick — when an arts organization or sports team needs or wants more money, they get corporate sponsorship for their performance space or stadium. But what happens when a struggling city government does the same?

Cities across the country are considering the question of paid sponsorship — selling advertisements to raise money.

During the recession, KFC has placed ads on manhole covers and fire hydrants in Indiana, Kentucky and Tennessee in exchange for paying for cities' infrastructure costs.

In Philadelphia, McDonald's has put ads on transit fare cards, and in Utah, pizza chains are now advertising on some school buses.

A growing number of America's economically stressed towns and cities are exploring these options as revenues dwindle and state budgets decrease.

But the proposals have also had their share of controversy. When Tyngsboro, Massachusetts considered putting ads on police cars, police chief William Mulligan voiced some strong objections.

"People believe law enforcement, when they arrive, should be neutral and detached. They should not represent the interests of any one group, whether a business or a social group," Mulligan said.

Earlier this month, Baltimore City Council passed a resolution to sell ads on fire trucks. The decision came in the wake of the city government's decision to close three fire stations. Council member William "Pete" Welch proposed the idea. He said the advertisements could help save those fire stations, or avert similar cuts in the future.

Two pieces of legislation are being discussed. The first enables the advertising, and the other appoints a committee that will determine the size, shape, and nature of possible advertisements that would be placed on the fire trucks. It will also determine how revenues will be raised and the number of ads allowed per vehicle.

This committee, Welch said, would be made up of the firefighters themselves.

Jody Berg, CEO and founder of MediaWorks LTD, a Baltimore-based media communication agency, said she's been speaking with councilman Welch about the ways fire truck ads could be implemented.

"One of the fire stations that they want to close saved three people's lives a couple weeks ago. I just think that if you do it tastefully, it could be positive to the city and to the client," she said.

Berg emphasized that potential advertisements would have to be the right fit for the individual community.

"In our industry, we're always looking for new vehicles and new ways for our clients to showcase and brand their message," Berg said. "If you can do it at the same time as helping your community save jobs and save lives, it could be a win-win situation for everybody. It just has to be the right client, and there are a number of industries -- education, insurance, healthcare -- that could be a perfect fit."

The city cannot reach out to organizations, according to ethics laws. However, Welch confirmed that the Baltimore Orioles have contacted the city council about being possible sponsors.