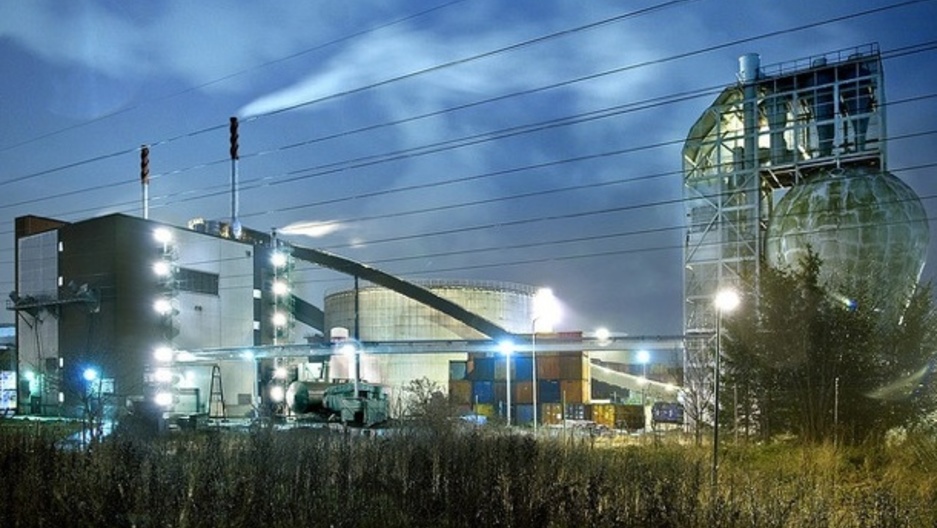 When it comes to recycling, Sweden is incredibly successful. Just four percent of household waste in Sweden goes into landfills. The rest winds up either recycled or used as fuel in waste-to-energy power plants.

Burning the garbage in the incinerators generates 20 percent of Sweden’s district heating, a system of distributing heat by pumping heated water into pipes through residential and commercial buildings. It also provides electricity for a quarter of a million homes.

According to Swedish Waste Management, Sweden recovers the most energy from each ton of waste in the waste to energy plants, and energy recovery from waste incineration has increased dramatically just over the last few years.

The problem is, Sweden’s waste recycling program is too successful.

Catarina Ostlund, Senior Advisor for the Swedish Environmental Protection Agency said the country is producing much less burnable waste than it needs.

“We have more capacity than the production of waste in Sweden and that is usable for incineration,” Ostlund said.

However, they’ve recently found a solution.

Sweden has recently begun to import about eight hundred thousand tons of trash from the rest of Europe per year to use in its power plants. The majority of the imported waste comes from neighboring Norway because it’s more expensive to burn the trash there and cheaper for the Norwegians to simply export their waste to Sweden.

In the arrangement, Norway pays Sweden to take the waste off their hands and Sweden also gets electricity and heat.  But dioxins in the ashes of the waste byproduct are a serious environmental pollutant. Ostlund explained that there are also heavy metals captured within the ash that need to be landfilled. Those ashes are then exported to Norway.

This arrangement works particularly well for Sweden, since in Sweden the energy from the waste is needed for heat. According to Ostlund, when both heat and electricity are used, there’s much higher efficiency for power plants.

“So that’s why we have the world’s best incineration plants concerning energy efficiency. But I would say maybe in the future, this waste will be valued even more so maybe you could sell your waste because there will be a shortage of resources within the world,” Ostlund said.

Ostlund said Sweden hopes that in the future Europe will build its own plants so it can manage to take care of its own waste.

“I hope that we instead will get the waste from Italy or from Romania or Bulgaria or the Baltic countries because they landfill a lot in these countries. They don’t have any incineration plants or recycling plants, so they need to find a solution for their waste,” Ostlund said.

In fact, landfilling remains the principal way of disposal in those countries, but new waste-to-energy initiatives have been introduced in Italy, Romania, Bulgaria, and Lithuania.

It is also important, Ostlund notes, for Sweden to find ways to reduce its own waste in the future.

“This is not a long-term solution really, because we need to be better to reuse and recycle, but in the short perspective I think it’s quite a good solution,” Ostlund concluded.