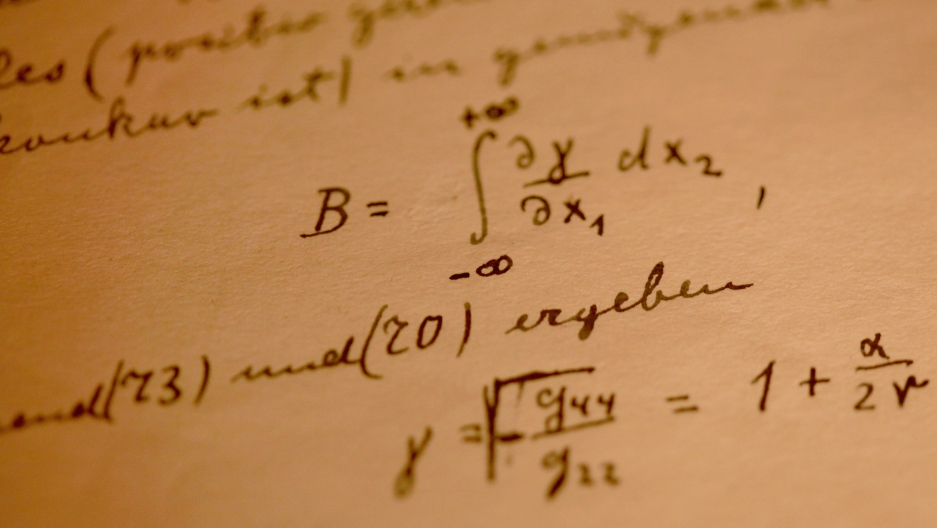 A new study found that even scientists steer clear of studies using too much math.
Credit: David Silverman
Share

Scientists may fear math as much as the average person, suggests a new study.

The research found that scientific articles that are laden with math are less likely to be cited by other scientists.

Researchers at the University of Bristol looked at nearly 650 studies on ecology and evolution published in three leading scientific journals in 1998, according to AFP.

They found that studies with a great deal of math were 50 percent less likely to be cited by other scientists.

The study authors warned that ignoring certain research may hinder the advancement of some scientific fields.

"This is an important issue because nearly all areas of science rely on close links between mathematical theory and experimental work," said study co-author Tim Fawcett of the University of Bristol, reported ABC News.

Read more on GlobalPost: Guatemala wants to legalize it

"If new theories are presented in a way that is off-putting to other scientists, then no one will perform the crucial experiments needed to test those theories. This presents a barrier to scientific progress."

According to ABC News, the researchers hope their findings will encourage other scientists to make their work more accessible.

"Scientists need to think more carefully about how they present the mathematical details of their work," said co-author, Andrew Higginson, reported Health Day.

"The ideal solution is not to hide the maths away, but to add more explanatory text to take the reader carefully through the assumptions and implications of the theory."

The study was published in the Proceedings of the National Academy of Sciences.