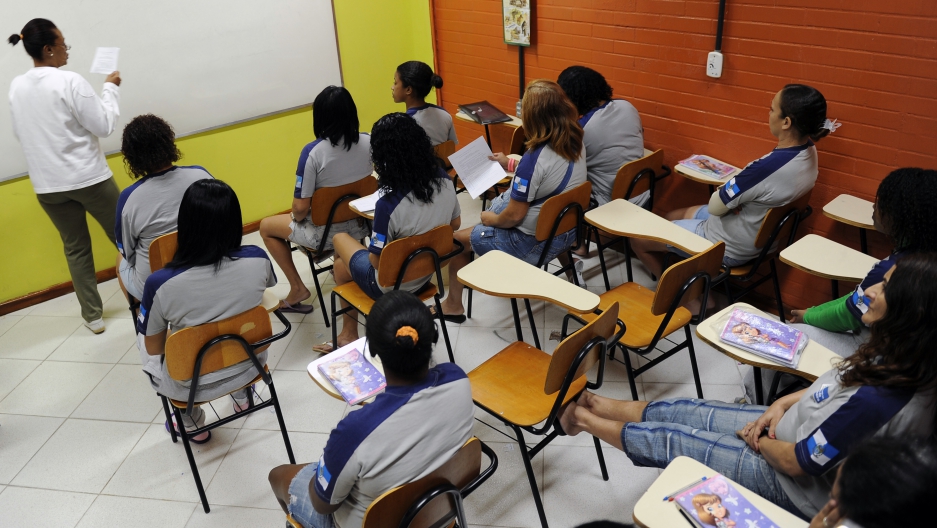 Brazilian prisoners are being offered a way to reduce their sentences — and in the process relieve the country's overcrowded penitentiary system: read more books.

According to Reuters, prisoners will have four days taken off their sentences for every book they read under the "Redemption through Reading" scheme.

However, there's a catch: they will have four weeks to read each book and must write an essay which makes "correct use of paragraphs, be free of corrections, use margins and legible joined-up writing," London's Daily Telegraph reported, citing a notice published on Monday in the official gazette.

Plus, the sentence reduction is capped at 48 days each year, equating to 12 works of literature, philosophy, science or classics.

And a special panel will be formed to decide which inmates are eligible to participate in the program.

According to a 2012 Human Rights Watch report, detention centers in Brazil "are severely overcrowded, lengthy pre-trial detention is the norm, and torture continues to be a serious problem. Forced labor persists in some states despite federal efforts to eradicate it."

The Latin American Herald Tribune cited figures from the Penitentiary Department showing that by last December, Brazil had 473,626 inmates, 44 percent of them awaiting trial.

The number was increasing at an annual rate of 7.3 percent, the Tribune reported, adding that the Brazilian government was also considering a system of prisoner surveillance to ease overcrowding, relying on using electronic bracelets and ankle cuffs.

“Between 75,000 and 80,000 prisoners can serve their sentences while being tracked electronically,” the paper quoted the director of the National Penitentiary Department, Airton Michels, as saying.

Participants in the book reading scheme, meantime, were talking up their literary alternative.

"A person can leave prison more enlightened and with an enlarged vision of the world," Reuters quoted Sao Paulo lawyer Andre Kehdi, who heads a book donation project for prisons, as saying.

"Without doubt they will leave a better person."