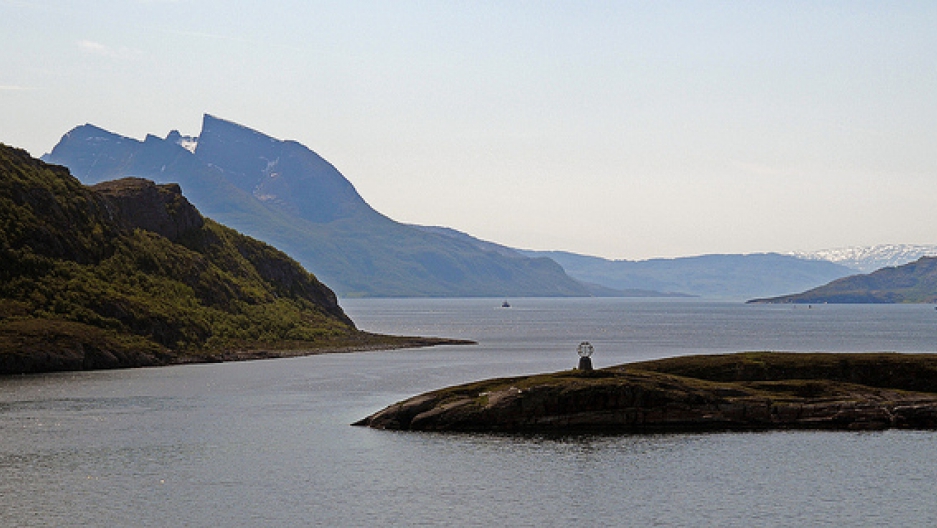 Law of the Sea Treaty proponents say that the U.S. should sign onto the convention to have a stake in determining how Arctic resources are allocated and used. (Photo by Flickr use Brian Digital.)

The United Nations treaty that governs the world’s oceans is once again being discussed in Congress.

It’s been 30 years since the U.N. Law of the Sea was first established, and the United States still hasn’t ratified the treaty. The Law of the Sea defines a nation’s rights and responsibilities in, on and under the world’s oceans and has global implications for national security, commerce and the environment.

Currently, 162 countries have ratified the treaty, including nearly every major developed country except the U.S.

Democratic Senator John Kerry is once again taking up the treaty as Chairman of the Foreign Relations Committee. He recently began holding hearings on the Law of the Sea, the most recent of which was earlier this month.

According to Living on Earth’s Jeff Young, the main point made in those hearings, was that without being a party to the treaty, the U.S. lacks authority in disputes over who gets access to the ocean’s resources.

Kerry said he thinks the U.S. is at a disadvantage if leaders don't sign the treaty — especially in places like the Arctic Ocean.

As the climate is warming and the ice is retreating in the Arctic, shipping lanes have opened and a race for oil and possible mining of the offshore seabed has begun. Kerry said there are many who wish to tap into these offshore resources.

“We have major companies: communications companies, mining companies, oil and gas companies, others — who very much want certainty about their investments, which are in the millions of dollars if they go out there and do it. And they want a guarantee that they’re doing it with legality,” Kerry said.

According to Kerry, there are parts of the Arctic shelf that are exclusive to the United States. But, if the United States is not a signatory to the treaty, it is possible that countries like China and Russia could lay claim to disputed areas. This would limit the U.S. response because the U.S. couldn’t claim ownership over disputed territories, at least as would be proscribed by international law.

Proponents of the treaty said that by refusing to ratify the treaty, the United States could lose out on exploiting untapped oil and gas deposits hidden beneath the seabed.

However, some opponents of the treaty have that the treaty provides no extra security in U.S. claims. Instead, they say American naval power will ensure navigational freedom and territorial rights.

Young believes opposition comes from those who simply distrust the United Nations and look at the Law of the Sea and other treaties as a threat to U.S. sovereignty. According to Young, opponents are also concerned about money, and dislike the treaty’s provisions that would split royalties from mining and drilling farther out on the continental shelf.

Oklahoma Republican Senator James Inhofe is concerned about the taxing authority the U.N. would have if the treaty were ratified. According to the New York Times, he also said that under the terms of the agreement, the United States would have to transfer billions of dollars in royalties from oil and gas production to an authority, which would redistribute the money to less developed countries.

However, the treaty is gaining support among both Democrats and Republicans. One reason for the strong bipartisan political support, Young explained, is environmental groups have also shown interest in the Law of the Sea.

“Politically, it creates one of these “Washington strange bedfellows” situations. In this case, we have the U.S. Chamber of Commerce and the American Petroleum Institute teaming up with major environmental groups to try to get the U.S. to ratify the Law of the Sea,” Young said.

Andrew Rosenberg, a professor of natural resources at the University of New Hampshire, said that without the treaty, it’s tough to get environmental concerns on the agenda.

“There certainly will be oil and gas and other mineral exploration. But done poorly or with weaker standards, obviously it can be a high-risk activity. So, from an environmental perspective, we want to ensure that we have a full role, sitting at the table, can strongly make our points in the form that will be setting much of the legal framework for those activities,” he said.

Young said Kerry feels a sense of urgency in ratifying the treaty as China pursues resources in the ocean. He also said that, unsurprisingly, China’s been a big topic at the hearings.

For ratification, Kerry needs a supermajority: 67 votes. He has decided to delay the vote until after the presidential election in November.