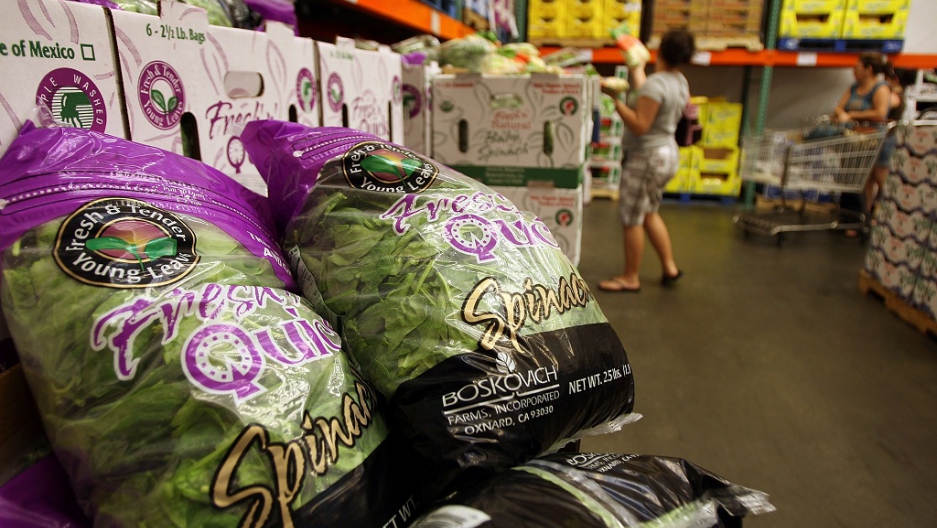 Eating just 200 to 300 grams of fresh spinach a day can boost muscle strength, according to a Swedish study.
Credit: David McNew
Share

A Swedish study has found that the compound nitrate, which is naturally in spinach and several other vegetables, tones up muscles.

AFP says that researchers at the Karolinska Institute in Stockholm put nitrate into the drinking water of a group of mice for one week and then compared their muscle functions to that of a control group.  The results have been published in the Journal of Physiology.

"The mice that had been on consistent nitrate had much stronger muscles," they said afterwards, explaining that nitrate boosts the production of two proteins key to muscle strength.

More from GlobalPost: Healing the world

The quantity of nitrate that the mice received was roughly equivalent to that what a person would get by eating 200 to 300 grams of fresh spinach or two to three beetroots a day, according to Domain B.  Nitrate is also found in other leafy vegetables like lettuce and chard.

"From a nutritional perspective our study is interesting because the amount of nitrate that affected muscle strength in mice was relatively low," researcher Andres Hernandez is quoted as saying by the Daily Mail.   The newspaper adds that its hoped the findings will lead to new treatments for people with weak muscles.

More from GlobalPost: PSA test for prostate cancer "does more harm than good"