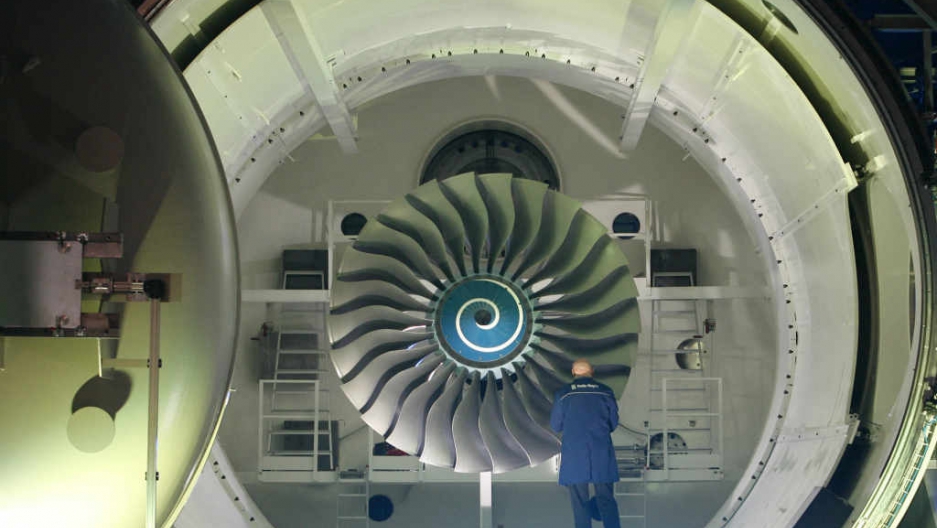 A German technician works in a vacuum chamber. Germany is facing a shortage of skilled workers.
Credit: Sebastian Willnow
Share

BERLIN, Germany — It’s a problem many other European countries would dearly love to have.

Germany, Europe’s economic powerhouse, is in the throes of a skills shortage. With the lowest unemployment level in two decades, firms are finding it increasingly difficult to find well qualified workers.

That’s right: In a world where millions of talented people are hopelessly idle, a shortage of qualified workers threatens Germany’s economic performance.

In fact, Frank-Jürgen Weise, the head of Germany’s Labor Office, recently warned that the skills squeeze could hinder the German economy more than the debt crisis.

According to the German Chamber of Commerce (DIHK) this is among companies’ biggest concerns at the moment. “Every third company we surveyed said that they saw the skills shortage as one of the biggest risks to the development of their business over the next 12 months,” Stefan Hardege, head of the DIHK’s labor market unit, told GlobalPost.

Many sectors are hit, he explained, but companies that rely on engineering and other technical skills — the core of Germany’s powerful export economy — are particularly affected.

The problem is already costing a fortune. About 92,000 engineering jobs were not filled last year, leading to an estimated loss of about 8 billion euros, according to a study published in April by the German Engineering Association (VDI) and the Cologne Institute for Economic Research (IW).

The VDI says in March, 2012 there were 110,400 unfilled engineering jobs in Germany, an increase of 26 percent on the same month last year. The states of Bavaria, Baden-Wuerttemberg and North Rhine-Westphalia were particularly badly hit.

Meanwhile, there are currently 38,000 open positions in telecoms and IT, according to industry association BITKOM.

More from GlobalPost: Is Germany catching the euro zone virus?

There are several causes for the shortage, including demographic change; a failure to educate enough young people to meet industry’s needs; barriers to female participation in the workforce; and the difficulties that skilled foreign workers have had in moving to the country.

Executives worry that the problem will only get worse in future decades, as demographic change starts to bite. After all, Germany has one of the lowest birth rates in Europe. Over the next 50 years the population is expected to shrink by 17 million from the current 82 million.

By 2025, Germany will face a shortage of about three million workers, predicts Weise, of the Labor Office.

Industry has complained about the trend for years, and politicians are starting to address it.

In early June, Chancellor Angela Merkel gathered ministers and industry and labor representatives in the Meseberg Castle outside Berlin for a summit to address the shortage. It was the third such meeting she has held in recent years.

After the meeting, she said that one way to address the problem would be to create a proper European labor market. She pointed out that while Germany is searching for workers, many other countries are suffering from high unemployment.

She also said that education should be improved for young people with immigrant backgrounds, and that more needed to be done to make work more flexible for women, so that they can combine families and careers.

On women, Merkel has a good point, and one that has been the topic of vigorous debate. Many German women only work part time because of a lack of adequate childcare facilities. And while the government has pledged to provide state daycare places for 35 percent of 3-year-olds by 2013, implementation is lagging behind. Furthermore, critics warn that a proposed new state payment to stay-at-home parents, known as Betreeungsgeld, will act as a disincentive for women who might otherwise have sought work.

Currently, only 11 percent of engineers are women. And though more young women are now taking technical courses at universities, they still lag behind the boys.

Michael Sommer, head of the German Trade Union Confederation, also urged better training, saying that 1.5 million young people lacked proper qualifications. “The complaints from employers and the government about the skills shortage is not credible as long as they don’t do more for the employment and further training of young people, women, migrants and old people,” he said.

Two-thirds of companies say that young people are finishing school without basic skills, according to Hardege, of DIHK.

Meanwhile there is also a lack of high tech graduates. VDI estimates that there is an annual need for 80,000 new engineers yet only around 50,000 are currently graduating from universities.

Germany has many programs to encourage people to study math, science and the like at university, but the drop out rate is around 50 percent.

Industry representatives want Germany to attract more skilled workers from abroad. Already, steps are being taken to loosen up Germany’s previously outmoded immigration system. Last year it opened up immigration from Eastern Europe, which it had initially hesitated to do, thus losing out to countries like the UK and Ireland who availed of workers from Poland and other countries.

Furthermore, the government is making it easier for highly qualified workers from non-EU countries to work in Germany, by reducing the minimum salaries that such immigrants have to earn once they arrive. Instead of the previous minimum salary of 67,200 euros, now very highly skilled professions such as doctors and engineers, can earn just 34,944 euros a year, while other skilled migrants will need to earn 44,800 euros.

The Education Ministry has also made the recognition of foreign qualifications easier. That is not only of benefit to those abroad but also to the thousands of foreigners living in Germany for years who have not been able practice the professions for which they trained back home.

Meanwhile the government is launching an information campaign aimed at attracting talent both at home and abroad. While the www.fachkräfte-offensive.de provides information to companies and workers in Germany, www.make-it-in-Germany.com is aimed at well qualified foreigners, and includes both job offers and information about working in the country.

More from GlobalPost: Moody's bank downgrade: It's a doozy

At a recent launch of the campaign, Labor Minister Ursula von der Leyen warned of the problems that industries face. “There is work there that is not being done, and there are orders there that are not being filled,” she said.

Economics minister Philipp Roesler, whose department is also involved in the campaign, warned that the looming skills shortage could be a “growth brake” for Germany. He said he wanted to see more skilled workers coming to Germany, adding: “We will start further advertising campaigns in those European neighboring states like Spain, Italy and Portugal, where there is high unemployment.”

Indeed migration from those countries has already started to increase, due to the lure of Germany’s strong economy.

Yet Hardege of the DIHK says more need to be done. “It is not that well known that Germany is looking for skilled workers or which workers are being sought, or what kind of possibilities for migration exist, and that it is being made easier and less bureaucratic than before,” he said. “So it is important that this is actively communicated.”

Many industry representatives would also like to see a points system like that in operation in Australia and Canada, whereby immigrants are selected on the basis of how their skills match the gaps in the labor market.

“A points system would certainly be the easiest and most efficient way because it is more flexible and less bureaucratic,” Hardege argues. “And it allows workers abroad gain an overview: can I come, can I not, what qualifications have what points? Furthermore, domestically we would be in a position to steer immigration based on the needs of the labor market.”

Yet German politicians seem to balk at the idea. After her summit Merkel said that there was no need for such a system when there was already a pool of labor available in the EU. “We have freedom of movement in 27 countries. Everyone who has found or is looking for work can come to us.”