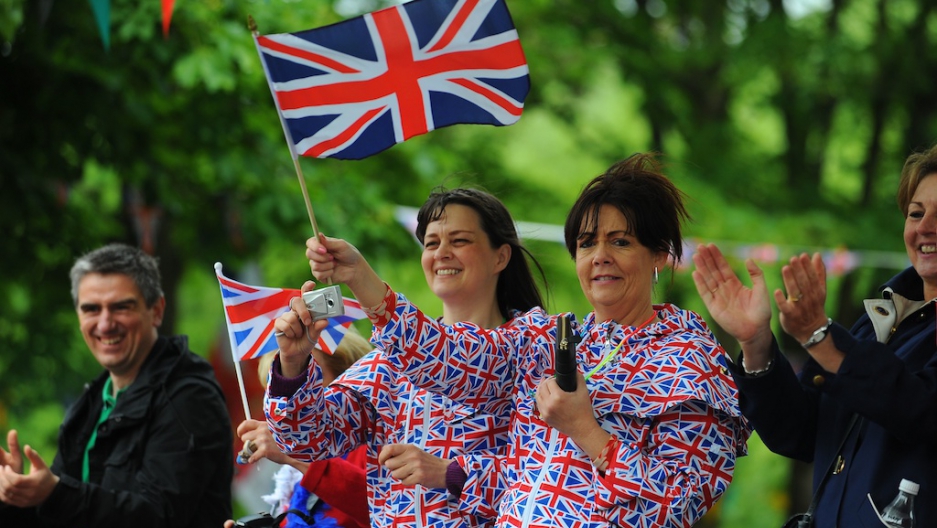 Spectators dressed in the Union Flag cheer on the Olympic Flame on the Torch Relay leg between Burnley and Rawtenstall in England.
Credit: LOCOG
Share

The London Olympics are on track to become the most expensive Games in Olympic history since 1996's summer Olympics in Atlanta, Bloomberg Businessweek reported.

According to a new study by researchers at the University of Oxford's Saïd Business School, the budget for London's upcoming Olympics has ballooned to $13 billion from its' originally proposed target of $6.5 billion, putting it 107 percent over-budget, Business Insider reported.

The increased cost is significantly more than the average spill-over for Games during the past 10 years, the study found.

The record for budget-blowing goes to Atlanta, which overran its costs by 147 percent when it hosted the athletic competiton, according to Bloomberg.

“The Olympics overrun with a 100 percent consistency,” Bent Flyvbjerg, who co-authored the research, said in an interview with Bloomberg. “You reach a point of no return seven years before the games where you commit to delivering and writing this blank check. You can’t trade off time with money in the Olympics.”

The researchers looked at data from both summer and winter Olympic games over the past 50 years, and calculated the costs of security, transportation, technology, ceremonies, and construction costs for sports venues, athlete’s villages, press and media centers, Forbes reported.

The Olympics' actual budgets have been an average of 179 percent greater than the original bid budgets, according to Forbes.

“Any country that bids for the games probably goes into it, though they wouldn’t admit it, knowing that there’s very little likelihood of it ultimately proving to be cost effective or value for money,” Alan Seymour, a professor of sports marketing at the University of Northampton, told Bloomberg.

However, some expect London's budget to soar even higher than these figures: According to the Daily Mail, a new report has estimated that the 2012 Summer Games will end up costing as much as $37 million.