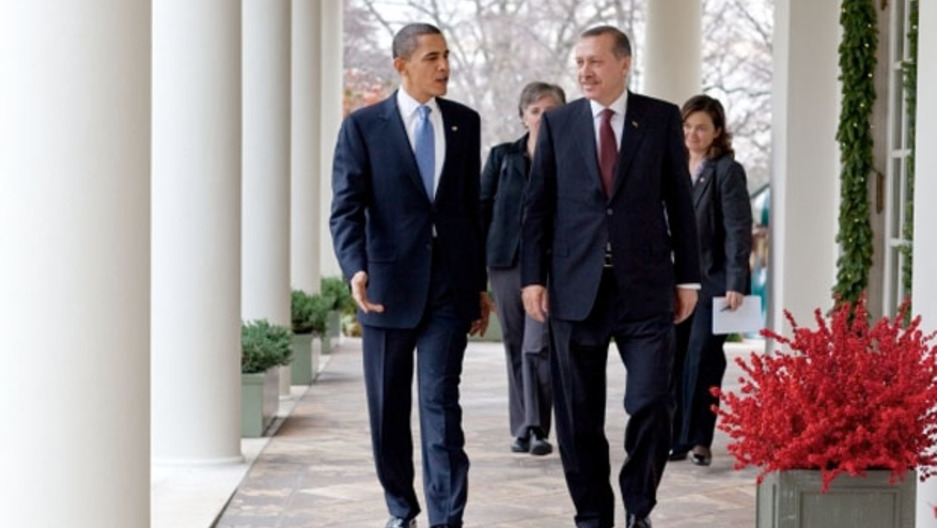 Share
As the Turkish Prime Minister Recep Tayyip Erdodan consolidates his power, international concerns grow over the criminalization of dissent. World renowned pianist Fazil Say, a vocal critic, faces criminal charges of insulting "religious values." It came as a shock. The criminal indictment of internationally acclaimed Turkish pianist Fazil Say for insulting "religious values." Say tweeted verses attributed to the Great Persian poet Omar KKhayyam a thousand years ago: "You say rivers of wine flow in heaven, is heaven a tavern to you? You say two hours await each believer there, is heaven a brothel to you?" Say faces up to 18 months in prison. But the charges are perhaps not such a surprise, coming amidst Turkey's slow-motion avalanche of legal cases against writers, artists, activists, intellectuals and critics of the ruling AK Party government. If Khayyam were to write about the hypocrisy of religious men in today's Turkey, there's a good chance he too would be dragged to court says Sanar Yurdatapan. He should know. Yurdatapan has been a free speech activist for decades, including 12 years in exile. He says freedom of speech is at its lowest point since the AK Party took power 10 years ago. He says Prime Minister Recep Tayip Erdogan uses Turkey's strong economic growth and the AK party's electoral support to justify attacks against critics. "They have much confidence," says Yurdatapan. "'We got 50 percent of the votes.' Okay you got 50 but there's another 50. That's also 50." Yurdatapan says Erdogan has gone mad with power, accusing critics of working against Turkey. As a result, fear about speaking about politics in public is growing. "How can you say every second supports us?" says Yurdatapan. "I can also say every second person does not. But they feel that because they are strong at the moment. Unfortunately, the personality of Erdogan makes him feels like God." Eugene Schoulgin, the vice president of Pen International, says there were high hopes for free speech in Turkey when the AKP first took power. Now he says Turkey is among the world's worst offenders. "What is most shocking is to see how fast it goes in the wrong direction," Schoulgin says. "In 2007, we had approximately 30 cases of journalists who were prosecuted for political reasons." Now there are more than 100 in jail he says, plus 200 more journalists and writers awaiting trial. That's more journalists in jail than any other country. But at the same time, Schoulgin says, there is still real and open debate in Turkey. "That is what makes turkey so difficult to really explain and so interesting also," says Schoulgin. "Because in theory, this is an extremely advanced society, socially-spoken. They have all the structures in place which should indicate that they should be a full functioning democracy." While Turkey is no China or Iran, Clearly the system still needs work, says Emma Sinclair-Webb of Human Rights Watch. One major problem is that Turkish law gives public officials more protection from insult than citizens, which is the opposite of how democracies should operate. "The state can not be criticized," says Sinclair-Webb. "People at the top, the people in power are somehow immune from the dangerous people below them, and that they can speak as they want, and do what they want without transparency and without accountability to the population." Anti-terror laws are often used to convict people for non-violent political speech. Sinclair-Webb says the courts fail to throw out cases based on flimsy evidence. "The principle of legality is so missing in all these prosecutions," Sinclair-Webb says. "You are basically linking A to B to B to a terrorist organization on the basis of people's social connections, networking and not on their activities. So terrorism becomes an infectious illness, that if you meet someone with a political involvement, you become infected by their political involvement." The prime minister counters that the journalists are not in jail because of their journalism. Some were accused of aiding terrorists; others were indicted for participating in a plot to overthrow the government. Critics say that Erdogan's hardening authoritarianism is unlikely to meet resistance from western governments. In the aftermath of the Arab Spring revolutions, the West needs Turkey to succeed — or it risks losing the one Middle East success story. The trial of Fazil Say is scheduled for October 18th.