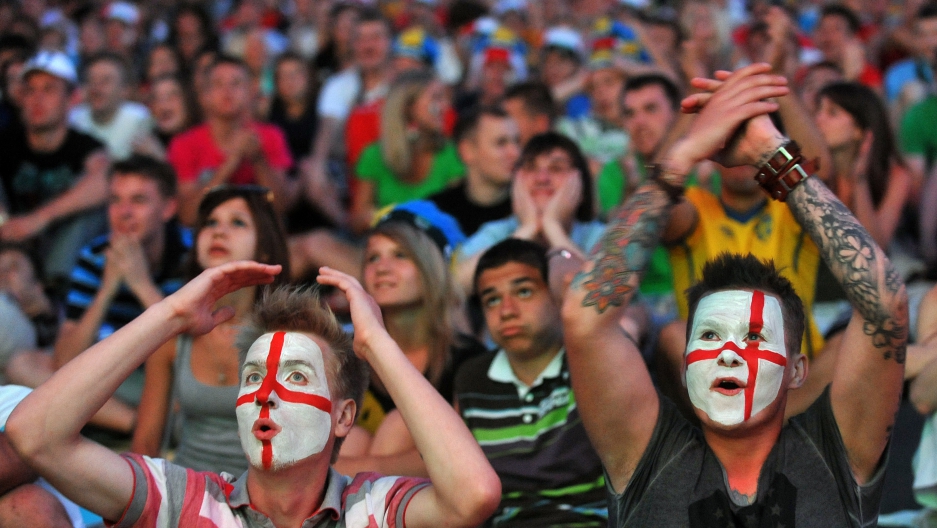 England's fans react as they watch the quarter- final match England vs Italy on giant screen in Kiev on June 24, 2012. One Chinese fan died while watching every single match in the Euro 2012.
Credit: GENYA SAVILOV
Share

Soccer fans are often thought of as being the most hardcore in sports, but one Chinese man took it to a whole new level when he gave his life just to watch the game.

Jiang Xiaoshan, a 26-year-old soccer fan from Changsha in south-central China, was found dead by his mother after staying awake for 11 days to watch all of the Euro 2012 tournament. He died after Ireland's 2-0 defeat to Italy on June 18, according to the Telegraph.

The Telegraph reported that Jiang had been a member of his university's soccer team and was in good health before the tournament began on June 8. However, due to the time difference between Poland and China, Xiaoshan had to stay up until 2:30am to watch the games that lasted until sunrise.

Jiang returned to his home around 5 am after Italy beat Ireland, fell asleep and never woke up, Business Insider reported.

One of Jiang's friends told the Sanxiang Metropolis, "We would rest occasionally but he watched everyday and would not miss a single match." He reportedly drank beer and smoked while watching the games, which doctors said weakened his immune system and ultimately contributed to his death.

More from GlobalPost: Euro 2012’s England vs. Ukraine match is freighted with past disappointments