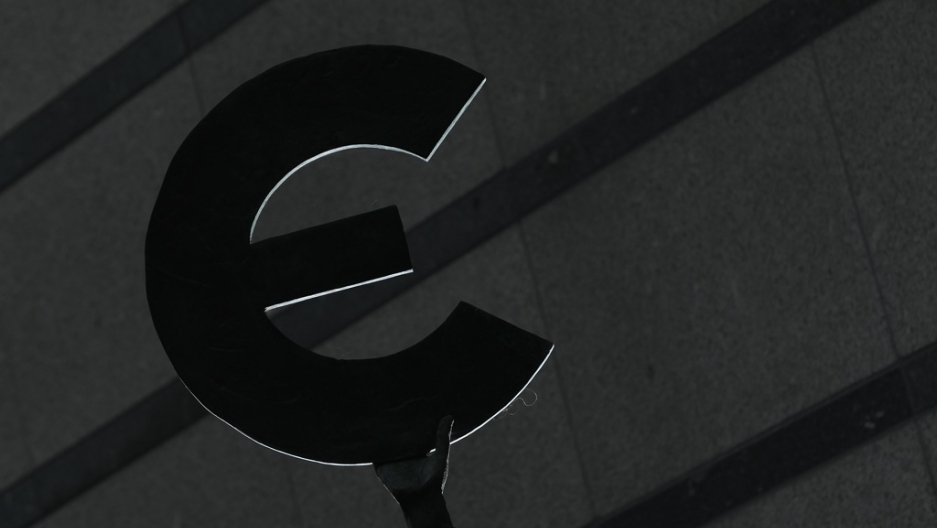 The Europe sculpture of Belgian artist May Claerhout outside the European Parliament building on November 17, 2011 in Brussels, Belgium.
Credit: Sean Gallup
Share

Cyprus has become the fifth euro zone nation to seek a bailout, announcing Monday that it intends to request financial assistance to protect its banks from exposure to the Greek economy.

The news came hours after Fitch downgraded Cyprus’ credit rating to junk status, warning that the cash-starved country would require 4 billion euros ($5 billion) to shore up its financial sector – equivalent to almost 25 percent of its GDP in 2011, the BBC reported.

More from GlobalPost: Yes, they use the euro. And the economy is booming

According to the Financial Times, Cyprus is to seek funds from the European Financial Stability Facility (EFSF), or its successor, the European Stability Mechanism (ESM). In a statement Monday the government said:

“The purpose of the required assistance is to contain the risks to the Cypriot economy, notably those arising from the negative spill-over effects through its financial sector, due to its large exposure in the Greek economy.”

According to Reuters, a bailout for Cyprus has been viewed as inevitable for weeks now, and Cyprus has been attempting to explore the possibilities of a European rescue or a bilateral loan from either China or Russia.

Cypriot leaders are believed to be planning to meet Tuesday to explore ways to kick-start the country’s sagging economy, according to The Daily Telegraph.