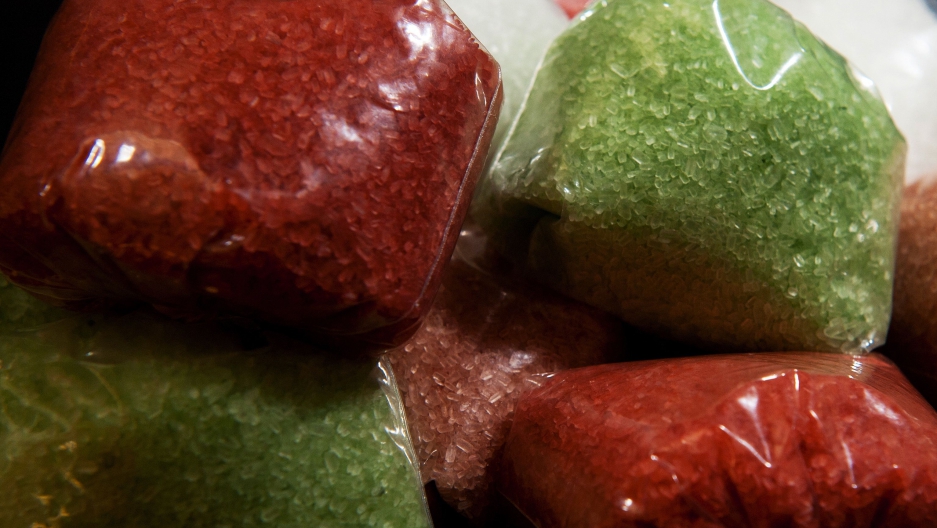 Utica, NY, police were called to a bar Saturday night where a woman high on bath salts lunged at one officer and tried to bite his face.

Police were called to Stanley's Bar on Court Street in Utica because of an "emotionally disturbed person," reported the Village Voice. When they arrived at the bar, they found a 41-year-old woman sitting in a stairwell sweating profusely and with a "blank stare" on her face.

When one of the officers approached her, she lunged at him and tried to bite his face, according to the Associated Press. Police said she then screamed that she wanted to "kill someone and eat them" as they tried to restrain her.

The woman was taken to Faxton St. Luke's Healthcare by ambulance for a mental health evaluation and medical treatment, reported the Utica Observer-Dispatch. The hospital later determined the woman was under the influence of the synthetic drug known as bath salts.

Later that same night, Utica police were called to the home of 20-year-old Aubrey Vails, whose mother said he was acting strangely and had become very aggressive toward her and her husband, according to the Observer-Dispatch. Vails's family was afraid to go back into their home because he was making threats to kill them.

The AP also reported that Vails then ripped a door off its hinges and punched a car in the driveway. He was charged with criminal mischief.

More from GlobalPost: Mother of face-eating attacker Rudy Eugene: "He was no zombie" (VIDEO)